Lt. Gen. H. R. McMaster earned critical acclaim for his book Dereliction of Duty when it was published in 1997. Twenty years later, after President Trump named McMaster as his new national security adviser, the book has taken the No. 1 spot on Amazon’s best selling books list.

Dereliction of Duty, written as McMaster’s PhD dissertation, criticized the Joint Chiefs of Staff for not arguing their points aggressively enough with President Johnson’s administration during the Vietnam War. A piece in the New York Times Book Review called it “a devastating indictment of Johnson and his principal civilian and military advisers.” Critics of Trump’s previous national security adviser, Michael Flynn, see McMaster’s independent thinking as a positive sign, with Sen. John McCain calling him an “outstanding choice.”

As of Wednesday morning, the book’s paperback publisher Harper Perennial told the Associated Press it had ordered a new printing of 25,000 copies thanks to high demand. 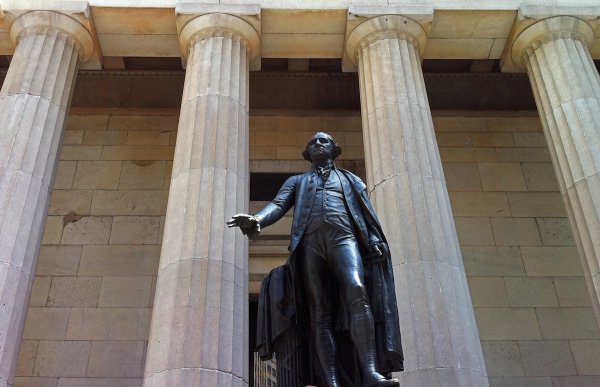 A 'Warning' From George Washington on His Birthday
Next Up: Editor's Pick