Another night, another Donald Trump roast from a late night comedian. This time, the Tonight Show‘s Jimmy Fallon decided to put his presidential impression to use with the unveiling of the (fictitious) Trump News Network, a 24/7 “YouTube live stream” according to Fallon-as-Trump.

“In case you didn’t hear the news, I’ll tell you now: I shot four under par. My best score yet,” he began, referencing Trump’s time spent playing golf at his Florida Mar-a-Lago Club over the weekend.

“The only way to ensure that the news you’re watching is not fake is if I’m the one delivering it, which is why I’m starting the Trump News Network,” he continued. “Welcome to TNN, the only news network that is 100% fair and 112% factual.” Highlights from the “news” segment include a special appearance from a Secretary of Education Betsey DeVos impersonator as a weatherman, and the reveal of the proprietary “Bad Things Button,” a veritable wheel of (mis)fortune.

To discover the latest disaster to hit a foreign nation—this time, Finland’s in the line of fire—watch the full clip, above. 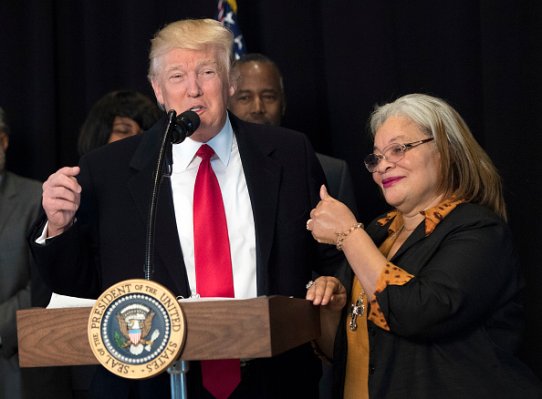 Watch Stephen Colbert Lampoon Trump for 'Field Trip' to the Museum of African American History
Next Up: Editor's Pick