Nintendo’s Eiji Aonuma needs no introduction if you’ve been following Nintendo’s The Legend of Zelda games since Ocarina of Time fried imaginations in 1998. The series director-turned-producer apparently volunteered to sit (before a camera, on what looks like a very comfy couch) to pry open The Legend of Zelda: Breath of the Wild Limited Edition.

The basic $59 game arrives on March 3, the crown jewel in the company’s $299 Nintendo Switch launch lineup. You’re looking at the European Limited Edition here, which runs £89.99 ($112 USD), though it’s virtually analogous to the $129 Master Edition that’s been sold out stateside for some time. Both versions include the game, a music CD, some other odds and ends, and a showpiece statue modeled after the games’ eponymous “master sword.”

The one thing it doesn’t come with (but that you know you want): a wall-sized painting of the series’ protagonist standing on a craggy hillside. Someone please get on the life hack for that. 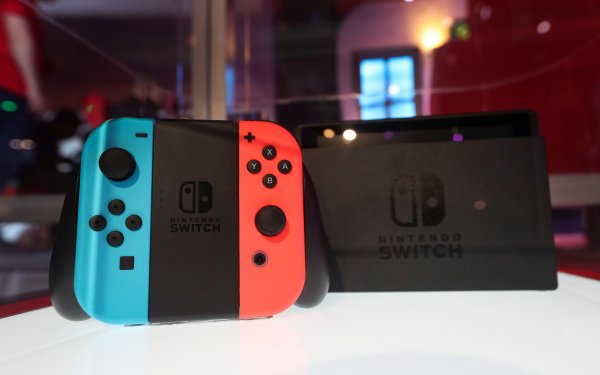 You Can Play Nintendo Switch Before Launch In These 3 Places
Next Up: Editor's Pick