Just when Tom Brady thought he achieved his biggest accomplishment of 2017 (you know, winning the Super Bowl), he just landed another huge honor. It was announced that Brady and his supermodel wife Gisele Bündchen will serve as co-chairs at theMetropolitan Museum of Art’s annual Met Gala on May 1.

Back in October we learned that Katy Perry and Pharrell Williams will co-hostalongside Vogue’s Anna Wintour at this year’s celebration honoring Comme des Garçons designer Rei Kawakubo’s work. The focus of the exhibition will examine the “Art of the In-Between” and show how her work challenged norms on beauty, taste and fashion.

RELATED PHOTOS: Couture Couples! The Most Fashion-Forward Duos to Hit the Met Gala

Also new to the lineup, the former Ambassador to Japan, Caroline Kennedy, who will join the Toyko-born designer as an honorary chair.

Brady and Bündchen are vets on the Met Gala red carpet. Since 2008, the couple has stolen the show on the red carpet. For a refresher on what we’re in store for come May, we gathered every single one of their incredible Met Gala moments below! (They’re the King and Queen of Fashion Prom.)

The duo perfected their coordinating couple style in 2014.

NEW YORK, NY - MAY 05: Tom Brady and Gisele Bundchen attend the "Charles James: Beyond Fashion" Costume Institute Gala at the Metropolitan Museum of Art on May 5, 2014 in New York City. (Photo by George Pimentel/WireImage)
George Pimentel—WireImage

They celebrated the punk theme at the 2013 gala in their own stylish ways, a vibrant blue tux on Brady and leggy edgy chainlink mini for Bündchen.

NEW YORK, NY - MAY 06: Tom Brady and Gisele Bundchen attends the Costume Institute Gala for the "PUNK: Chaos to Couture" exhibition at the Metropolitan Museum of Art on May 6, 2013 in New York City. (Photo by Karwai Tang/FilmMagic)
Karwai Tang—FilmMagic

A photo of their 2012 appearance can only be summed up as #blacktiecouplegoals.

Not even Bündchen’s dramatic train could distract us from her hot date in 2011.

Gisele Bundchen and Tom Brady attend the Costume Institute Gala Benefit to celebrate the opening of the "American Woman: Fashioning a National Identity" exhibition at The Metropolitan Museum of Art on May 8, 2010 in New York City.
Rabbani and Solimene Photography—WireImage

Their first appearance in 2008 forever solidified their status as Met Gala royalty. 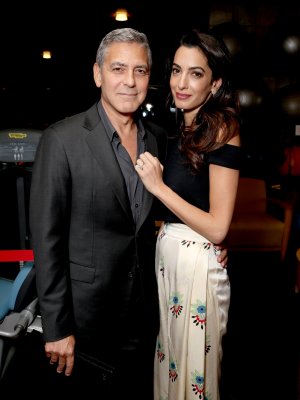 Why George and Amal Clooney Are No Longer Traveling to Dangerous Countries
Next Up: Editor's Pick