On Tuesday, an attorney for the mega-producer filed a reply to the most recent evidence the singer has submitted in their ongoing lawsuit.

Last week, Kesha’s lawyers filed email correspondence allegedly between them and her team depicting his reported body-shaming and various disputes throughout their working relationship. But in documents obtained by PEOPLE, one of Luke’s attorneys, Jeffrey M. Movit, says the emails submitted by Kesha were taken out of context.

“Kesha’s attempt to bolster her false claims of purported ‘abuse’ with three emails falls so flat that it demonstrates how far she will go to purposefully misrepresent the truth,” Luke’s lawyer writes in the filing, in which he asks the judge to deny Kesha’s motion to amend her latest counterclaims.

“These emails do not remotely reflect any ‘abuse’ by [Luke], or any other type of behavior that could ever justify voiding her contracts. When viewed in the context of other emails that Kesha failed to provide the Court, it becomes crystal clear that Kesha’s accusations against [Luke] are false,” Luke’s lawyer adds in the documents. “Kesha’s efforts to paint [Luke] as ‘abusive’ is a damaging fiction and conceals what was really going on. It is particularly outrageous given that Kesha’s own managers repeatedly called Kesha’s behavior ‘crazy’ and ‘abusive,’ going as far as to call her ‘nuts,’ ‘mental’ and ‘off her rocker.’”

This he-said-she-said is just the latest in the case between Kesha, 29, and Dr. Luke (aka Lukasz Gottwald), 43, which began in 2014 when the “TiK ToK” singer sued her longtime producer and label exec. At the time, she accused him of drugging, raping and abusing her for 10 years; Luke countersued for defamation and breach of contract and has fervently denied the allegations, tweeting last year, “I didn’t rape Kesha and I have never had sex with her. Kesha and I were friends for many years and she was like my little sister.”

In addition to filing a reply, Luke’s legal team submitted a slew of emails apparently shared between her management team.

“It was worth putting up with her complete insanity when she was a big money earner. It’s def not right now,” one member of her team wrote to another in a July 2016 email regarding the planning of herF— the World Tour.

Since filing her lawsuit, both Kesha and her mother, Pebe Sebert, have accused Dr. Luke of mental and emotional abuse and exacerbating her eating disorder, alleging that he once called her a ‘fat f—ing refrigerator.’ An email from Luke to Kesha that he filed Tuesday paints the picture of a supportive mentor.

After the singer apparently confided in Luke that she wasn’t happy with her appearance at an event, he wrote, “You looked radiant and beautiful,” in a January 2010 email to her. “You’re doing exactly what you’re meant to be doing right now. You’re actualizing your dreams. I’m so proud of you and love you very much! xo L.”

Kesha and Dr. Luke’s lawsuit reached a boiling point last February when Kesha openly wept in a New York City courtroom after a judge denied her request for a preliminary injunction that would allow her to record and release new music outside of Luke’s purview until their case came to a close. In April, the same judge dismissed Kesha’s abuse claims against Luke, but her counsel is appealing the ruling. 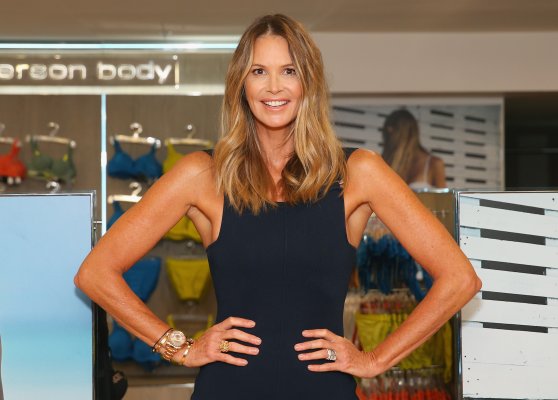 What Elle Macpherson Does to Stay in Shape
Next Up: Editor's Pick