China is reportedly putting the finishing touches to constructions on artificial islands built in the South China Sea that could house long-range missiles.

Citing two unnamed U.S. officials, who said the move could be characterized as a military escalation, Reuters reports that nearly two dozen new concrete structures with retractable roofs were erected on Subi, Mischief and Fiery Cross reefs in the Spratly Islands.

“It is not like the Chinese to build anything in the South China Sea just to build it, and these structures resemble others that house [surface-to-air missile] batteries, so the logical conclusion is that’s what they are for,” Reuters quoted a U.S. intelligence source as saying.

According to Reuters, a Pentagon spokesperson urged compliance with international law by all sides, adding that the U.S. stands committed to “non-militarization in the South China Sea,” while the Chinese embassy in Washington didn’t immediately comment.

Beijing claims almost the whole South China Sea, one of the world’s busiest maritime passages, as its own, and has transformed seven reefs and islets into artificial islands with military-grade airstrips. China’s claim to the sea is subject to rival and overlapping claims from Taiwan, the Philippines, Brunei, Malaysia and Vietnam.

Beijing’s reported bolstering of its military capabilities in the South China Sea could become a diplomatic test for the month-old Trump administration. Secretary of State Rex Tillerson said during his confirmation hearing that China should be denied access to islands it has built in the contested waterway, drawing a forceful response from Chinese state media, which told him to “prepare for a military clash.”

On Tuesday, Tillerson appeared to soften his approach. In a call with China’s state councilor Yang Jiechi, he stressed the importance of a constructive U.S.-China relationship, according to Reuters. 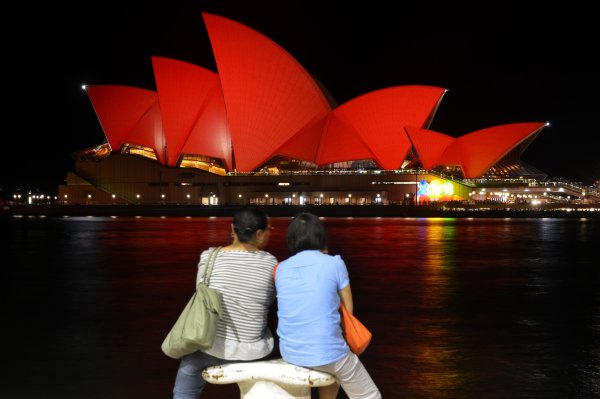 Will Trump's Diplomatic Debacle Push Australia to Seek Closer Ties With Asia?
Next Up: Editor's Pick