Bao Bao, one of the National Zoo’s prized giant pandas, has officially left Washington D.C. for a new home in China.

The 3-year-old panda was on a flight from Dulles International Airport in Virginia to the city of Chengdu, China on Tuesday afternoon. The move is part of a cooperative breeding program between the National Zoo and the China Wildlife Conservation Association that mandates all cubs born in the U.S. must transfer to China before the age of four.

Numerous visitors were at the airport to see Bao Bao off. The panda has been quite popular since her birth at the zoo back in August 2013, with former First Lady Michelle Obama even recording a message of congratulations following Bao Bao’s official naming.

“Everyone here at the zoo, the millions of people at the zoo and the millions more on the webcams around the world are all going to miss her tremendously,” Brandie Smith, associate director of Animal Care Sciences, told ABC News.

Conservation action, according to the International Union for Conservation of Nature (IUCN), has positively impacted the declining numbers of pandas. In fact, the IUCN upgraded the animal’s status from endangered to “vulnerable” in September 2016. 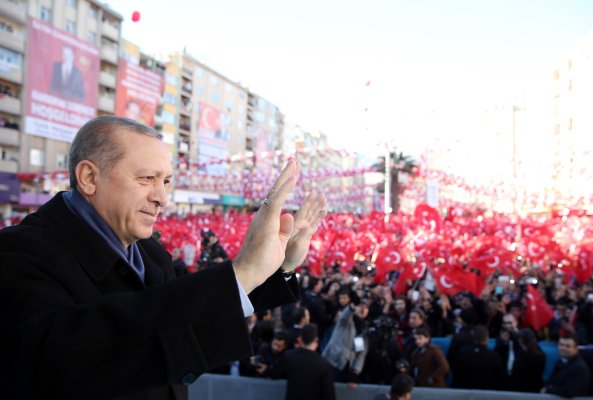 Turkey Unsure About Handing Erdogan Even More Power
Next Up: Editor's Pick