In this handout provided by NASA, Pluto nearly fills the frame. The photo was taken on July 13, 2015, when the spacecraft was 476,000 miles from the surface.
NASA—Getty Images
By Melissa Chan

A team of NASA scientists is trying to make Pluto a planet again.

The group — led by Alan Stern, who headed NASA’s mission to Pluto — has proposed changing the definition of a planet. If approved, it would reverse a decision the International Astronomical Union (IAU) made a decade ago to demote Pluto to a “dwarf planet,” USA Today reports.

Stern’s team has submitted a proposal to the IAU, which is tasked with defining and naming planetary bodies. The scientists, in simple terms, suggest a planet should be redefined as “round objects in space that are smaller than stars,” according to the newspaper.

The IAU took away Pluto’s planet status in 2006. Stern’s team argues in their proposal that the planet definition the IAU adopted then is “flawed.” 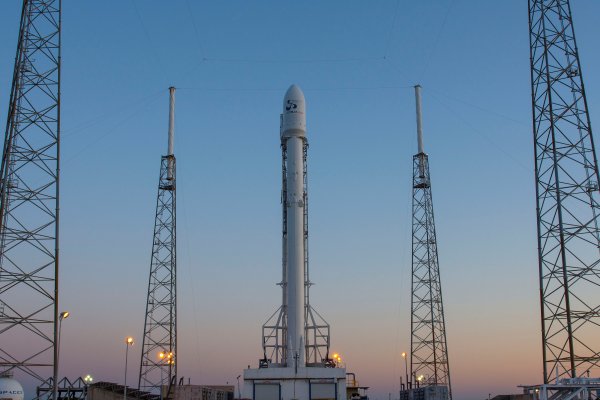 Watch Live: SpaceX Launches a Rocket to the International Space Station
Next Up: Editor's Pick