The professor who has correctly predicted every presidential election since 1984 — including Donald Trump‘s unexpected victory — is now writing a book on what he says is Trump’s imminent impeachment.

Allan Lichtman, a professor at American University, has used a set of keys to accurately predict every presidential election for more than 30 years.

“Now, he focuses on the 45th President of the United States and his next forecast, that it is not a question of if President Trump will be impeached, but a question of when,” Shelby Meizlik, a spokesperson for HarperCollins, said in a statement Tuesday.

In his book, The Case for Impeachment, Lichtman will argue that Trump is susceptible to impeachment because of questions surrounding his ties to Russia and potential conflicts of interest related to his businesses, the statement said. The book was acquired by Dey Street Books and is scheduled to be released on April 18.

Even before Election Day, Lichtman predicted that, if elected, Trump would be impeached.

“I’m going to make another prediction,” he told the Washington Post in September. “This one is not based on a system; it’s just my gut. They don’t want Trump as president, because they can’t control him. He’s unpredictable. They’d love to have Pence — an absolutely down-the-line, conservative, controllable Republican. And I’m quite certain Trump will give someone grounds for impeachment, either by doing something that endangers national security or because it helps his pocketbook.” 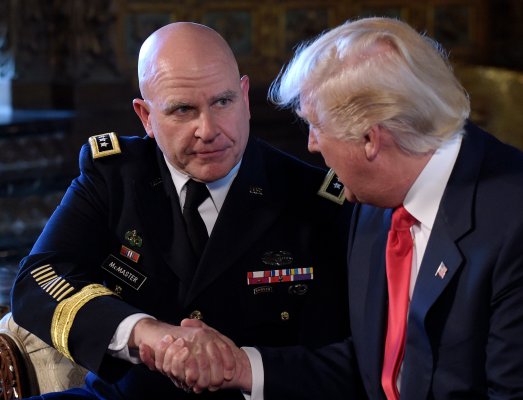