After Simon & Schuster announced its decision to cancel a controversial book deal with Milo Yiannopoulos, author Roxane Gay shared some strong words about the publisher.

Gay criticized the company on Twitter and then shared her extended thoughts on Tumblr.

“In canceling Milo’s book contract, Simon & Schuster made a business decision the same way they made a business decision when they decided to publish that man in the first place,” she wrote. “When his comments about pedophilia/pederasty came to light, Simon & Schuster realized it would cost them more money to do business with Milo than he could earn for them. They did not finally ‘do the right thing’ and now we know where their threshold, pun intended, lies. They were fine with his racist and xenophobic and sexist ideologies. They were fine with his transphobia, anti-Semitism and Islamophobia. They were fine with how he encourages his followers to harass women and people of color and transgender people online.”

Earlier Monday, Yiannopoulos’s book Dangerous was shelved after clips from aninterview surfaced in which the controversial Breitbart News editor appeared to defend pedophilia. Yiannopoulos defended himself in a Facebook post. “I am a gay man, and a child abuse victim. I would like to restate my utter disgust at adults who sexually abuse minors,” he wrote in part. “I’ve reviewed the tapes that appeared last night in their proper full context and I don’t believe they say what is being reported. I do not advocate for illegal behavior.”

When news first broke of Yiannopoulos’s deal with Simon & Schuster, Gay decided to remove her upcoming book How to Be Heard from the Simon & Schuster imprint TED Books. In her Twitter reaction Monday, Gay noted that the company then moved Dangerous to the same release date as her other forthcoming book, Hunger.

Gay was among several authors and celebrities, including comedienne Leslie Jones, who spoke out about Yiannopoulos. Read more reactions below.

Correction: The original version of this story misidentified the book Roxane Gay pulled from Simon & Schuster. It was How to Be Heard, not Hunger. 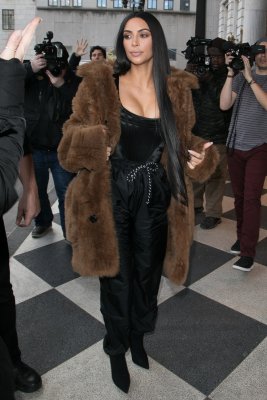 Kim Kardashian 'Finally' Got Her Stretch Marks Removed
Next Up: Editor's Pick