Age is just a number for Jennifer Lopez.

The multi-hyphenate superstar set the record straight about her relationship status and revealed that she has no preference when it comes to how old a significant other is.

“I don’t date younger men. It’s not like you have to be younger, it’s not about that. You just meet people and if I go out with them, I go out with them,” Lopez, 47, told Ellen DeGeneres during an appearance on her show, airing Tuesday.

“If I like them, I like them and if I don’t, I don’t. It’s just about the person. It’s about who they are, it has nothing to do with age,” the mother of two explained.

Lopez’s last serious relationship was with 29-year-old dancer/actor Beau “Casper” Smart, whom she split from in August after dating on and off for five years.

“I dated Beau and he was younger and that was the first guy ever dating younger than me and then I got labeled right away,” Lopez said about her dating life.

Most recently, Lopez was linked to rapper Drake but the Shades of Blue actress insisted it was strictly a music collaboration.

“We’re just hanging out,” she said when the daytime talk show host projected a super cuddly photo of the pair that prompted DeGeneres to ask, “Is that how you write a song?”

“Actually he sent me a song he wanted me to be on. Yeah, we have a song together. I don’t know what he’s going to do with it,” Lopez shared. 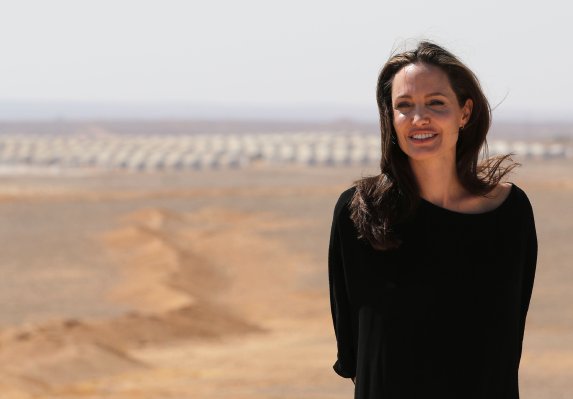 Angelina Jolie Opens Up About Her 'Difficult' Split From Brad Pitt
Next Up: Editor's Pick