President Donald Trump is expected to announce his most significant moves yet to roll back environmental regulations this week as his newly confirmed pick to lead the Environmental Protection Agency (EPA) enters office.

Trump is readying multiple executive orders to roll back several key EPA regulations including the central Obama-era policy addressing climate change, according to reports in several outlets. The executive orders would not undo the policies immediately but would direct the agency to begin the long process required of undoing federal regulation.

The Clean Power Plan, former President Obama’s main policy aimed at addressing climate change, ranks high among the likely targets of Trump’s actions. The regulation requires states to come up with plans to reduce carbon dioxide emissions from power plants, a policy that is widely expected to hasten the transition away from coal-fired power plants.

Trump promised repeatedly to undo the Clean Power Plan on the campaign trail, though the process will take require more than a simple stroke of a pen. Many environmental policy experts have speculated on how Trump might try to achieve that goal following his election win in November. The administration could have refused to defend the rule in court or asked Congress to pass a law amending the Clean Air Act, which was used to issue the rule in the first place. But the use of executive order suggests the administration will instead take the most straight-forward option of simply unraveling the rule, a years-long process that will almost certainly result in litigation.

But Trump will have a capable ally implementing his order at the EPA. Administrator Scott Pruitt, who took office last Friday, has gained extensive knowledge and experience with the intricacies of EPA regulation at least in part through his 14 lawsuits against the agency as Oklahoma’s attorney general. Environmental law experts say that his expertise will help the Trump administration navigate a bureaucracy that might otherwise flummox an agency outsider. “He’s got some experience and knows how to get things done in government,” said Brendan Collins, an environmental lawyer at the firm Ballard Spahr, prior to Pruitt’s confirmation. “That is something that may distinguish him.”

Pruitt has not yet laid out detailed priorities for the agency, but in remarks on Tuesday he cited federalism and the rule of law as guiding principles. Presumably Trump’s orders, which could come as soon as Wednesday, will fill in the blanks. “Process matters,” Pruitt said in address to the agency’s career employees. “Regulations ought to make things regular. Regulators exist to give certainty to those that they regulate.”

Other targets of Trump’s executive orders could include U.S. participation in the landmark on Paris Agreement climate change. Trump vowed to renegotiate the deal or pull out it altogether last year but softened his tone after winning the election. Because the agreement is not a formal treaty, the president has the right to withdraw. But such a move cannot occur until 2019, three years after the measure took effect. Reports last month suggested that Trump might sign an executive order calling for a reevaluation of a wide range of United Nations measures that could include the Paris Agreement rather than pulling out full stop now. Secretary of State Rex Tillerson has said he supports the climate deal.

Another executive order is expected to target the Water of the United States rule, a 2015 policy that classifies which bodies of water are under federal protection. Critics have said the government lacks the authority to regulate many of the bodies included in the rule and argued that it impedes economic development.

The executive orders will build on a series of actions taken by Republicans in Congress to undo environmental regulations issued by the Obama administration in the final months of his presidency including a measure that protects streams from coal debris. Undoing those measures required only a majority vote in Congress and the approval of the president under the Congressional Review Act. 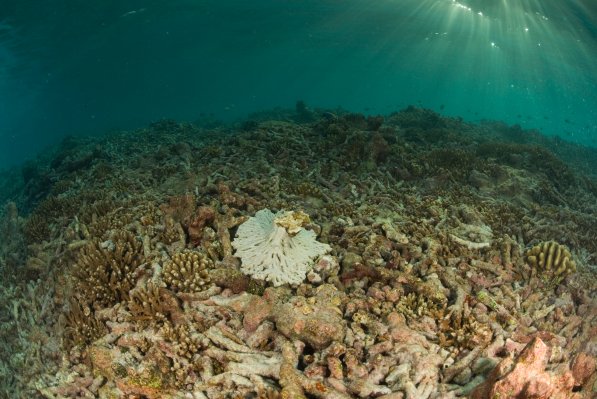 The World’s Oceans Are Losing Oxygen. Here’s Why That’s a Big Problem
Next Up: Editor's Pick