President Donald Trump has tapped Lt. Gen. H.R. McMaster, a respected career Army officer, to be his National Security Adviser. McMaster replaces Michael Flynn, who was forced to resign amid revelations that he misled Vice President Mike Pence over conversations he had with a Russian ambassador. Here’s what to know about McMaster.

Five people were killed after a small plane they were flying in crashed into a shopping mall in Australia. Officials said four American tourists and the Australian pilot died. There were no other reported injuries.

Thousands of people in major cities across the country rallied on Presidents’ Day in a protest they dubbed “Not My President’s Day” in opposition of Trump. The demonstrations took place in New York City, Los Angeles, Chicago, Atlanta, Washington, D.C. and Portland, Oregon.

David Cassidy reveals he has dementia

Singer and actor David Cassidy, who starred in the 1970s American sitcom The Partridge Family, said he is battling dementia. “I was in denial, but a part of me always knew this was coming,” the 66-year-old told PEOPLE.

More than 70 bodies of migrants washed ashore in Libya.

Some millennials are almost as wealthy as those in Generation X, according to a new study.

Many people were amused by Alex Trebek rapping Drake and Kanye West lyrics on Jeopardy! 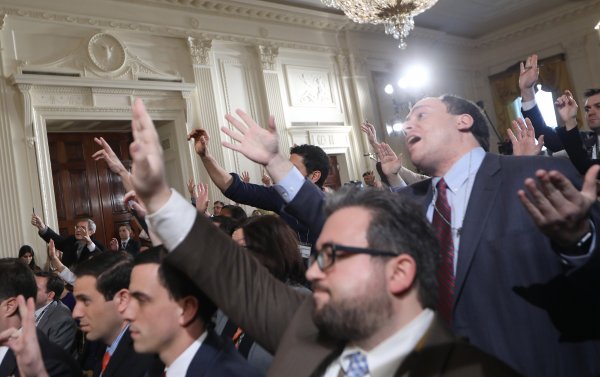