On The Bachelor, Nick Viall is still looking for love. Turns out it is not in Bimini. Nick has realized that he has so much love and respect for Kristina, but doesn’t want her to suffer the humiliation of a Rose Ceremony. He ushers her off into the sunset, and then casually hands roses to his other four girlfriends who he also loves and respects. Raven, Vanessa, Rachel and Corinne all accept his roses and invite him to their homes to meet their families. Nick mostly just wants to meet Corinne’s nanny.

Raven’s Hometown Date: To welcome Nick to Hoxie, Arkansas, Raven picks him up and lures him on to the back of her ATV with the promises of frog gigging and mud wrestling. During their tour of town, Raven takes Nick for some light trespassing onto the top of a grain bin. That’s when the cops interrupt the filming and arrest Nick. Well, they will arrest him if he breaks Raven’s heart. Turns out Raven is the cop’s kid sister and he is more than a little protective and definitely willing to make this the Most Dramatic Hometown Visit Ever™. Raven convinces her brother to cut them loose and then she and Nick go make out in a swamp, which probably violates the Endangered Species Act. They clean the swamp mud out of their belly buttons and go to meet the parents. Instead of pointing out the inherent problem with Raven rebounding from a boyfriend who cheated on her with a guy with three other girlfriends, her dad decides to use the opportunity to share some good news. He announces that he is 100% cancer-free and Raven is relieved that her dad can walk her down the aisle in her wedding to Nick. (Raven does know that Nick has been on this show three other times, right?) Then Nick once again asks some girl’s dad for his daughter’s hand in marriage and Raven’s father sighs and plays his part in the charade, saying something like: I wasn’t planning on liking you, but you seem alright, so sure let’s pretend you’re going to marry my daughter. Nick accepts that.

Rachel’s Hometown Date: Nick thinks he and Rachel have great chemistry and that she has all the qualities he’s looking for in a wife and he’s very excited about their future. Sure hope these two make it! Oh, wait. As the first stop on their tour of Dallas, Rachel takes Nick on a date to church, where Nick pretends he is religious and knows how to clap in time to the music. The pastor calls out Nick not for his poor sense of rhythm, but to remind him that God is watching him, yes even when he’s in the hot tub. After they escape church without getting struck down by God himself, Rachel says that her father, the federal judge, is not going to be appearing on a reality show. Nick gets it and then goes to meet the rest of Rachel’s family, telling them that Rachel is his first “serious” relationship (if you can call a relationship where you are simultaneously dating four women “serious”). Rachel’s family says Nick’s okay and Rachel says he’s okay, but the façade is crumbling and when Rachel claims she might be falling for Nick, the world rolls its eyes, because they already announced she would be the next Bachelorette and why are we watching this exactly?

Corinne’s Hometown Date: Corinne takes Nick to her favorite place on earth — the mall. Specifically, the “most exclusive mall in Miami.” She then bribes Nick with a $3000 shopping spree at Tomas Maier. When that makes him uncomfortable, she tells him that she loves him. He kissed her in the middle of the mall food court and she took that as reciprocity. Then Corinne took Nick home to meet the family and, of course, her nanny, Raquel. They all sit down at the dinner table, toast with olives, and then Corinne and her dad go to drink wine in bed as if that’s a thing. Then she and her father proceed to talk about Corinne in the third person, which almost makes you wonder if it’s genetic. Meanwhile, Nick talks to the nanny, and she blinks out, “Save me” with her eyelids in Morse code. Then Corinne’s dad tells Nick that Corinne has agreed to be the breadwinner if this whole being The Bachelor thing doesn’t work out financially. Basically, he tells Nick to get a dang job. Nick looks uncomfortable and goes into a minor fugue state to think about his other three girlfriends.

Vanessa’s Hometown Date: Nick makes it through Canadian customs to greet Vanessa in Montreal. She takes Nick to meet her students, who are all adults with special needs. They greet her with roses, smiles, tears and you can practically hear Corinne rolling her eyes while watching, as if this is more meaning than a shopping date at the mall! Not only is Vanessa a special education teacher, but she is also trilingual and has extremely shiny hair. Vanessa’s enormous family has some serious questions for Nick like, will you move to Canada? And promise to hate him forever if he breaks her heart. Vanessa’s family also points out that Nick doesn’t have a job and that he lives in a different country and no one should give up their Canadian citizenship. Her father refuses to give Nick his blessing, because he just asked three other fathers for their blessings and he’s just not that into this whole thing. Vanessa just smiles because reality isn’t supposed to destroy their relationship until after she’s received the Neil Lane diamond ring, won the final rose, and earned a spot on Dancing with the Stars. Then she will come to the realization that Nick is a human puka shell necklace that you buy at Hot Topic, not the beach, and they have nothing in common. Then Vanessa is shocked to hear that Nick asked three other women to marry him, showing that she has probably never watched this show before.

The Drama: Just as Nick is getting ready for his Rose Ceremony there’s a knock at the door. It’s not Corinne in nothing but high heels and a plate of cheesy pasta, but Andi Dorfman. Yes, that Andi.

Next Week: Maybe there will be a Rose Ceremony? 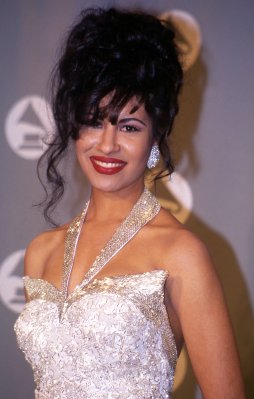 Judge Rules That Selena's Father Can Sue Her Widower Over TV Series
Next Up: Editor's Pick