President Donald Trump has named Lt. Gen. H.R. McMaster as his National Security Adviser, ending a week of upheaval at the highest tier of the nation’s foreign policy decision-making apparatus.

Trump called McMaster “a man of tremendous talent and tremendous experience” Monday as he introduced his selection to reporters at Mar-a-Lago, where he has spent the holiday weekend interviewing candidates for the post.”I watched and read a lot over the last two days,” Trump said. “He is highly respected by everyone in the military and we’re very honored to have him.”

A career army officer, McMaster replaces Mike Flynn, who was asked to resign by Trump last Monday amid revelations that he misled Vice President Mike Pence on the nature of his contacts with the Russian Ambassador to the U.S. Trump’s first choice for the job, Robert Harward, turned down the position last week for family and financial considerations, and because of Trump’s initial unwillingness to give Flynn’s replacement total control over staffing decisions on the NSC. Retired Lt Gen Keith Kellogg, who served as interim National Security Adviser for the week, will return to his post as chief of staff and executive secretary of the National Security Council, the White House said.

McMaster, one of the military’s top strategic minds, most recently served as Director of the Army Capabilities Integration Center in Virginia, which is tasked with preparing for future threats. As a younger officer, McMaster attained cult-like status within the military after the publication of his 1997 book “Dereliction of Duty: Lyndon Johnson, Robert McNamara, The Joint Chiefs of Staff, and the Lies that Led to Vietnam.” The book examined the failure of military leaders to challenge civilian policymakers’ about the direction of the war.

McMaster was named to TIME’s list of the 100 most influential people in 2014 shortly after his promotion to lead the Army’s “futures” center, in which he was lauded as perhaps “the 21st century Army’s pre-eminent warrior-thinker.” He earned a Silver Star for his service in the first Gulf War, when the nine tanks under his command destroyed 80 Iraqi tanks. McMaster commanded the 3rd Armored Cavalry Regiment during the Iraq War to great acclaim, with his forces providing some of the earliest gains against the Iraqi insurgency.

Speaking briefly to reporters, McMaster thanks Trump for the opportunity to serve. “I’m grateful to you for that opportunity,” he told Trump, “and I look forward to joining the national security team and doing everything that I can to advance and protect the interests of the American people.” 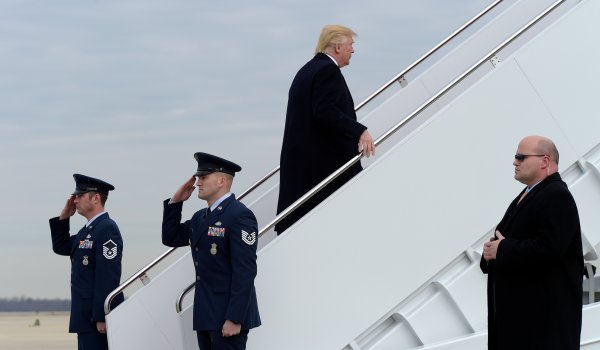