Soviet Premier Josef Stalin and US President Franklin Delano Roosevelt appear on the porch of the Russian embassy in Tehran, Iran in 1943.
Newscom
Ideas
By Sana Krasikov

Krasikov is the author of The Patriots.

Imagine this scenario: In a period of protracted economic crisis, the American people elect to the presidency a scion of a wealthy New York family who appeals to the working class and connects with voters through a new form of popular media. Once elected, he cultivates a close relationship with Russia and its strongman leader, belittling long-standing intelligence on a country commonly perceived to be a threat to American democracy. As president, he purges the State Department of trusted advisors and installs as ambassador a Russia apologist who publicly praises the country’s dictator and looks the other way at Russia’s human rights abuses. Finally, the President turns his back on old European alliances, tacitly supporting Russia’s military expansion into Eastern Europe and Asia, bringing about a new geopolitical order.

If you think I’m talking about Donald Trump, you’re off by about 80 years. What I’m describing is not the much-discussed bromance between Putin and Trump, but the uncritical friendship that lasted (to the confusion of many Russia experts) throughout the 1930s and early ‘40s between that great villain of the twentieth century and the man now considered one of its great heroes: Joseph Stalin and Franklin Delano Roosevelt.

I’m a novelist, not an historian. But for the last eight years, in doing research for my new novel, The Patriots, set mostly during the Cold War, I have immersed myself in history: reading historical accounts, biographies, and even spending considerable time in the KGB’s archives. One of the books I found most helpful was Dennis J. Dunn’s Caught Between Roosevelt and Stalin, a comprehensive study of the five ambassadors to Moscow appointed by FDR. In reading Dunn’s descriptions of Roosevelt’s foreign diplomacy, I couldn’t help but be struck by the resonance of that period with our own. And while during a time of great anxiety about America’s shifting alliances it may seem provocative to compare the president who assured Americans that the only thing we had to fear was fear itself with the president who has stoked fear with tweets, the ideological and temperamental differences between Roosevelt and Trump should not blind us to the fact that both entered office under similar conditions and both took similarly favorable stances toward Russia. What can we learn from these similarities? And what can they tell us about what lies ahead for the Russia-America relationship?

Roosevelt, like Trump, came to power on a largely domestic agenda. Americans were far less concerned with the future of Europe than with finding work and putting food on the table. Unlike his predecessor, Herbert Hoover, FDR was attuned to this popular sentiment. Some of his closest advisors, like W. Averell Harriman, were shocked at how little Roosevelt seemed to care about the international situation. Writing in his journal, Harriman noted that the President “consistently shows very little interest in Eastern European matters except as they affect sentiment in America.”

Before Roosevelt’s election in 1934, the executive branch and Congress had snubbed Russia. Convinced that the new Bolshevik government was eager to undermine the American government through spying and meddling via the Communist International, or Comintern (think of today’s hacking scandals), they refused to recognize the Soviet Union and send an ambassador there. This, by the way, did not stop American companies from selling to the Bolsheviks millions of dollars’ worth of steel and technology for its new factories, and doing so with the tacit approval of the same politicians who lambasted the Red Menace in the press. But it took Roosevelt’s intervention to turn America’s official policy around.

Russia was eager to encourage such a reversal. It felt isolated by the coalition of anti-Communist states in Europe, and its cash reserves were alarmingly low. To feed its workers, it was starving its peasants. The modern parallel to this is the American and European policy of sanctions, which has hurt Russia’s economy and caused it to deplete its foreign exchange reserves, which some experts believe might run out by the middle of 2017.

It is no surprise then that Stalin desired the United States as a partner. He cemented the alliance by convincing Roosevelt that Russia was turning Communism into a national project rather than fomenting an international class war. And Stalin pointed to the common enemy of Japan, which had invaded Manchuria on the Soviet border in 1931. (It’s worth remembering that it was ultimately an attack by Japan that got America into WWII and on the side of the Russians).

But Russia needed America, with its shipments of steel and low-interest loans, far more than America needed Russia. Prior to Roosevelt’s presidency, officials in the State Department had insisted on a quid-pro-quo relationship. In return for recognizing the Soviet Union, they wanted Stalin to stop interfering in American affairs through its agents at Comintern, and take a softer stance to the Ukraine, where Stalin had orchestrated a famine. FDR could have easily demanded at least some of these concessions. Why didn’t he?

As they say in Russia: Another man’s soul is darkness. It’s impossible to know exactly what motivated Roosevelt, but it’s clear that his affinity for Stalin was more than just strategic. It is known from Roosevelt’s statements that he believed that the Russians and the Americans were on a path to convergence. He believed that as the U.S. was moving away from unfettered capitalism toward state-managed socialism, the Soviet Union was moving from autocratic communism to socialist democracy. Though a member of the elite, FDR was at heart a populist, and he saw in Stalin, “a man of the people,” a reflection of his own mandate. He was intrigued by Stalin’s autocratic style and admired him as a man who, to lift up his nation, was not afraid to knock heads.

Russia’s blunt trajectory appealed to FDR more than the tired alliances of Europe. Just like Trump, Roosevelt had contempt for the old European order. He found the European leaders snooty, clubby, imperialist and entrenched in long-standing intrigues into which they were constantly trying to wrangle America and England. Rather than trusting in the efficacy of quid-pro-quo diplomacy (e.g. sanctions), FDR the populist believed in the power of personality to affect diplomacy. When Russia did not play by the rules (as it usually didn’t), Roosevelt preferred not to issue reprimands but to have his ambassador arrange yet another face-to-face meeting between himself and Stalin, presumably so that, like George W. Bush, he could look into the man’s eyes and see his soul.

This more than anything frustrated the “traditionalists” in Roosevelt’s government — the experts, who, like today, demanded a reciprocal, tough and morally objective approach when it comes to Russia. After the war, Harriman, writing in his journal, confessed, “I do not believe that I have convinced the president of the importance of a vigilant, firm policy in dealing with the political aspects in various European countries when the problems arise.” He was disheartened to realize that Roosevelt “didn’t care whether the countries bordering Russia became communized.”

Recently, Trump hinted that he wouldn’t care if NATO fell apart. Roosevelt, the populist, intuitively understood that most Americans didn’t care about Europe’s future. We were too busy worrying about our domestic problems to think about the complicated puzzle of Europe, or to see the big picture: that a unified Europe was a natural check against Russian expansion. Ultimately, it took the next president, Harry Truman, to try to reverse the damage Roosevelt had done. But by then it was too late. With our help, the Cold War had begun. 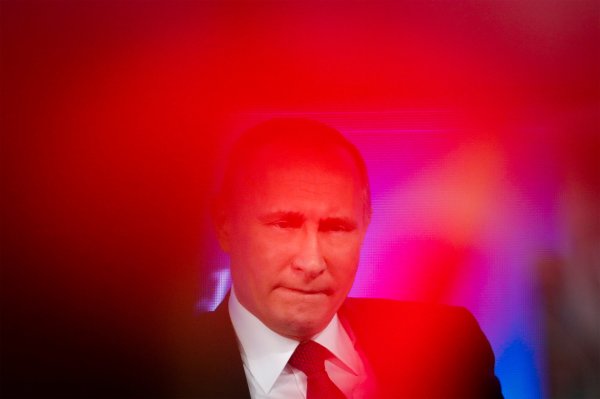 What President Trump Should Do About Russia
Next Up: Editor's Pick