In a nearly 6,000-word letter published to his Facebook page on Thursday, Zuckerberg laid out his vision for the kind of world he thinks Facebook can help create. The free-wielding note included few specifics, but offered a number of broad, ambitious goals for how the tech giant can contribute to a better understanding of everything from terrorism to fake news.

“Today we are close to taking our next step. Our greatest opportunities are now global — like spreading prosperity and freedom, promoting peace and understanding, lifting people out of poverty, and accelerating science,” Zuckerberg wrote. “Our greatest challenges also need global responses — like ending terrorism, fighting climate change, and preventing pandemics. Progress now requires humanity coming together not just as cities or nations, but also as a global community.”

The letter marks a shift from Zuckerberg’s initial reaction to criticism that Facebook’s filter bubbles added to the intense national divide and sharp partisan atmosphere after the 2016 presidential election. He acknowledged missteps in his letter on Thursday, adding that Facebook is working to change its policies. He also said Facebook would use artificial intelligence to help the world in areas such as safety.

The letter ends with a quote from Abraham Lincoln that suggests, “We can succeed only by concert.” Zuckerberg then reiterates his stance to bring people together, as well as his hope “to build the new social infrastructure to create the world we want for generations to come.” 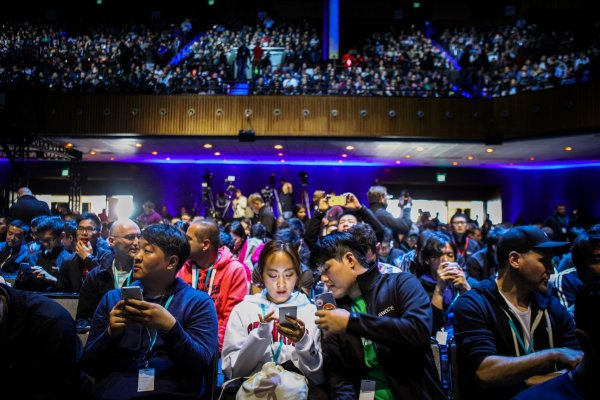 Here's When Apple's Next Big Event Will Take Place
Next Up: Editor's Pick