The One Greenhouse Gas That's On the Rise

In the most recent accounting from the federal government, emissions of most climate change-causing greenhouse gases including carbon dioxide and methane declined. But emissions of the HFC pollutant found in air conditioners and refrigerators have risen rapidly.

Scientists are concerned about the rise in HFC use because they are thousands of times more potent on a pound-per-pound basis than carbon dioxide (though in aggregate they contribute far less to climate change). New chemicals are being phased in to replace HFCs, though the process will take time.

More than 170 countries agreed to a landmark deal last year to stem HFC emissions that scientists say could stem 0.5°C (0.9°F) of warming 2100. That would help the world get closer to achieving the goal enshrined in the 2015 Paris Agreement of keeping global temperature rise to 2°C (3.6°F). That’s the level scientists say can sustain the planet without seeing the worst effects of climate change.

Both the Paris Agreement and last year’s HFC deal were hailed as significant global achievements when they were reached, but their futures were tossed into limbo with the election of President Donald Trump. The new American president has promised to “cancel” the Paris Agreement and remains skeptical of policies aimed at combating climate change. 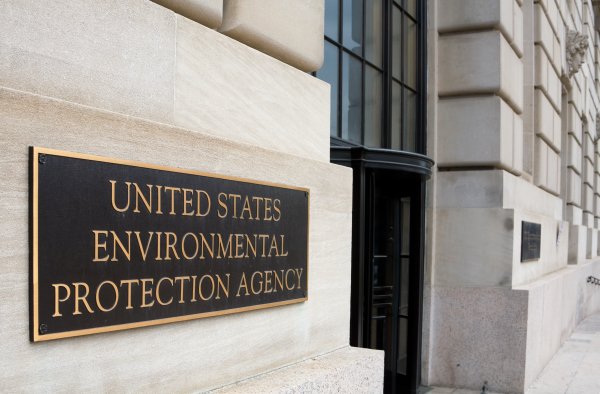 No, President Trump Isn't Going to Eliminate the EPA. But He Might Do This
Next Up: Editor's Pick