Cornell Woolridge holds a sign as he rallies against money in politics, at the Supreme Court in Washington, on October 8, 2013 in Washington, DC.
Drew Angerer—Getty Images
By Zeke J Miller

Dealing a blow to campaign finance reform efforts, the Supreme Court ruled Wednesday in a 5-4 decision that caps on aggregate amounts of political donations are unconstitutional under the First Amendment’s protections on freedom of speech, clearing the way for donors to devote vast sums to federal political campaigns.

Delivering the majority opinion, Chief Justice John Roberts wrote that campaign finance limits existed to prevent “quid pro quo corruption and its appearance,” but found that a bulk donation limit on how much wealthy individuals can spend on collected federal campaigns “seriously [restricts] participation in the democratic process.” Aggregate limits on political donations are “therefore invalid under the First Amendment,” he wrote, in the majority opinion to the case, McCutcheon v. Federal Election Commission.

At issue was the $123,200 cap on overall spending—$48,600 to all candidates and $74,600 to all political action committees and parties—imposed by Congress and the Federal Election Commission, which was designed to limit the overall amount of money an individual could give directly to candidates. But the court ruled that these caps limited the number of campaigns a donor could support. Donation limits to campaigns, set at $2,600 for individuals and $5,000 for parties and most PACs, were not the subject of the case.

“Congress’s selection of a $5,200 base limit indicates its belief that contributions of that amount or less do not create a cognizable risk of corruption,” Roberts wrote for the majority. “If there is no corruption concern in giving nine candidates up to $5,200 each, it is difficult to understand how a tenth candidate can be regarded as corruptible if given $1,801, and all others corruptible if given a dime.”

Shaun McCutcheon, a Republican donor, had hoped to max out donations to the three Republican Party committees in the 2012 presidential cycle, which would have placed him over the aggregate cap. He joined suit with the Republican National Committee in the fight to overturn the limits.

Individuals will now be able to donate up to the campaign contribution limit to as many candidates and political committees as they want. The court had previously ruled that political donations are a form of political speech in decisions that rolled back campaign finance provisions, including the Citizens United and Speak Now decisions, which created Super PACs and allowed unlimited independent expenditures on the part of corporations.

“‘Ingratiation and access . . . are not corruption,'” Roberts wrote, quoting from the Citizens United decision. “They embody a central feature of democracy—that constituents support candidates who share their beliefs and interests, and candidates who are elected can be expected to be responsive to those concerns.” Roberts’ decision appears to leave unchallenged the base contribution limits as protecting against quid pro quo corruption, though Justice Clarence Thomas, in a concurring opinion, argued that they should also be eliminated.

Writing for the dissent, Justice Stephen Breyer, wrote that the decision “creates a loophole that will allow a single individual to contribute millions of dollars to a political party or to a candidate’s campaign,” and that with the Citizens United decision, “eviscerates our Nation’s campaign finance laws, leaving a remnant incapable of dealing with the grave problems of democratic legitimacy that those laws were intended to resolve.” He argued that the majority’s more tailored definition of corruption is inconsistent with the Court’s prior rulings.

The Campaign Legal Center, which advocates for tougher campaign finance rules, blasted the decision Wednesday in a statement. “”Once again, the Roberts Court exhibits its complete ignorance of political realities,” the group said. Citizens for Responsibility and Ethics in Washington (CREW) executive director Melanie Sloan also criticized the ruling. “Today’s disingenuous decision is – to borrow Justice Roberts’ language – ‘divorced from reality,'” she said.

In a statement, RNC Chairman Reince Priebus called the ruling “an important first step toward restoring the voice of candidates and party committees and a vindication for all those who support robust, transparent political discourse.” House Speaker John Boehner praised the ruling as a victory for freedom of speech. “Donors ought to have the freedom to give what they want to give,” he said. Senate Minority Leader Mitch McConnell pre-empted criticism of the decision in a statement. “It does not permit one more dime to be given to an individual candidate or a party,” he said. “It just respects the Constitutional rights of individuals to decide how many to support.” 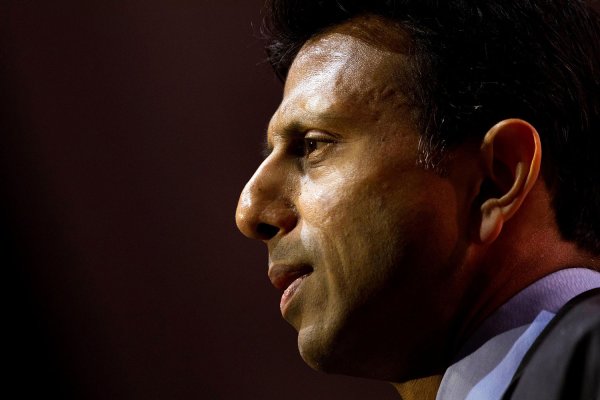