Kellyanne Conway Is No Longer Welcome on Morning Joe

Conway, counselor to President Donald Trump, is “not credible anymore,” Mika Brzezinski said during the program.

Brzezinski’s ban comes after Conway has been criticized for her behavior on TV, including referencing the nonexistent “Bowling Green Massacre” while defending Trump’s controversial immigration order, and endorsing Ivanka Trump’s clothing and accessory brand during a Fox and Friends interview.

Brzezinski said Conway has tried to get booked on Morning Joe, but she won’t appear on the show in the future.

“I won’t do it, because I don’t believe in fake news or information that’s not true,”Brzezinski said. “Every time I’ve ever seen her on television, something is askew, off, or incorrect.”

“She’s out of the loop, she’s in none of the key meetings,” co-host Joe Scarborough said in response. “She doesn’t know, she doesn’t have the information.”

Later on, Scarborough referenced an interview Conway had with NBC’s Matt Lauer on Tuesday, alleging she gave “misinformation” on the Today Show.

“I don’t even think she’s saying things she knows to be untrue, she’s just saying things just to get in front of a TV set and prove her relevance,” Scarborough said. “Because behind the scenes, she’s not in these meetings.”

You can watch the full video above. 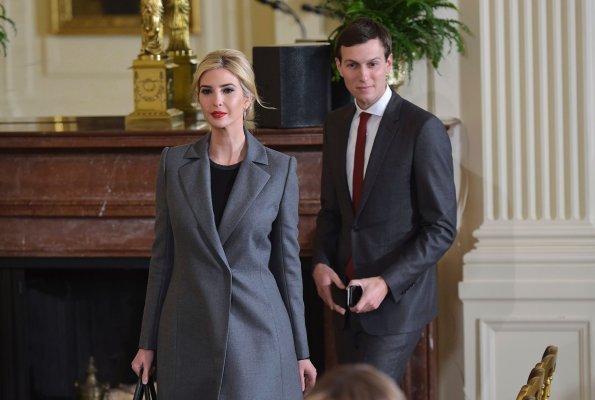 Online Retailers Are Slashing Prices on Ivanka Trump Merchandise
Next Up: Editor's Pick