Pete (Pete Holmes) has it all figured out, for now. He’s striving, with endless optimism, to succeed in comedy by taking open-mike gigs in Manhattan, commuting from the upstate home he shares with his wife (Lauren Lapkus). But his assurance soon runs up against the hard fact of his wife’s infidelity and the even harder fact, after he decides to leave her, of New York City real estate.

Crashing is yet another arch autobiographical show about life throwing obstacles in a comic’s path. But unlike its forerunners Curb Your Enthusiasm and Louie, it never represents its protagonist as savvy. Pete is a charming naïf, undaunted by failure and excited by strokes of good fortune (a chance to hand out flyers outside a comedy club, a gig doing warm-up comedy for celebrity chef Rachael Ray) that other pros would mock. His journey toward security moves slowly–one night at a time. But Holmes, a human Beanie Baby incapable of more than a moment’s doubt, delights at every turn. 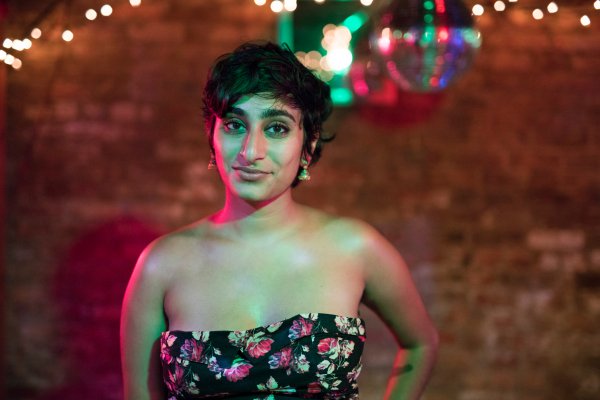 How the Webseries 'Brown Girls' Offers a Voice to Queer Women of Color
Next Up: Editor's Pick