It’s traffic-busting technology worthy of cult 1960s cartoon family The Jetsons. The United Arab Emirates city of Dubai is set to become the world’s first to allow passenger-carrying drone taxis, according to an announcement Wednesday from the Chinese manufacturer of the vehicles.

Chinese media group Caixin says that Guangzhou-based EHang has received an order from Dubai for its 184 model, which can carry one person and a small suitcase with a combined weight of 117 kg.

Passengers reportedly do not control the drones but simply select their destination, at which point a command center on the ground pilots the aerial vehicles, which have a peak altitude of 3.5 km, a top speed of 160 km/h, and can travel for 50 km (around half an hour) on a single charge.

The Chinese drones are due to be delivered in July and are said to be part of a grand strategy that aims to see a quarter of all Dubai’s traffic become driverless by 2030.

According to EHang’s website, in the case of malfunction or connection problems the drones are programmed to immediately land in the closest possible safe area. It’s not clear exactly how many drones have been ordered, but this doesn’t appear to be a publicity stunt: test flights are reportedly ongoing across Dubai’s skies. 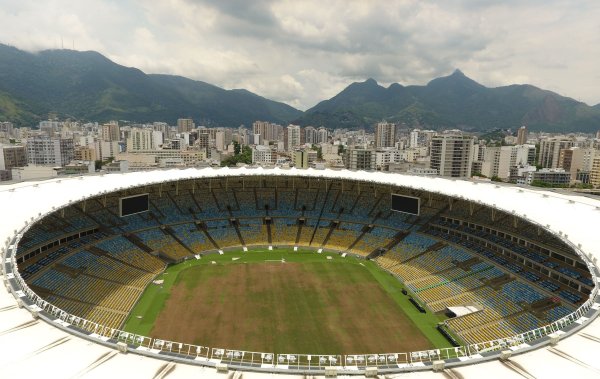 Here Are What Venues for the Rio Olympics Look Like Now
Next Up: Editor's Pick