'We Cannot Be Taken for Granted.' Chef José Andrés on a Day Without Immigrants

The nation’s immigration debate might be coming to a corner booth near you.

Workers across America are taking the day off on Thursday for “A Day Without Immigrants,” a grassroots protest of President Donald Trump‘s immigration policies. Some restaurants are joining the effort and shutting down for the day to spotlight how immigrants fuel business, and five are Spanish celebrity chef José Andrés’ restaurants in Washington, D.C.

“It’s a way to say we love this country, and we want to show you that we are contributing to this country,” Andrés told TIME. Andrés estimated he will sacrifice $100,000 in revenue for the day, and that immigrant workers — the vast majority of them Latino — make up 65% of his staff. He hopes Thursday’s slashed labor force will convince both Republicans and Democrats in Congress to recognize the economy’s heavy dependency on people he feels are “ghosts in the system.”

An American citizen since 2013, Andrés first came to Pensacola, Fla., where the Castillo flag greeted him at high mast in 1991. He’s no stranger to uncertainty facing foreign-born people in the U.S., but he feels Trump is sparking panic in Latino communities by urging ICE raids on. “All these raids used to happen, but now all of a sudden, immigrants feel under attack and prosecuted in their neighborhood,” he said.

According to the most recent Bureau of Labor Statistics report, of the 12.7 million employees in the restaurant workforce, 1.4 million are immigrants. Most U.S. farm workers are immigrants — many undocumented — according to a survey undertaken by the USDA.

“We all celebrate the best moments of our lives over food at the table linked to immigrants, and we don’t want pity. We want respect,” he said.

But the day is personal for another reason. Andrés is embroiled in a multi-million dollar legal fight with the President. Once Trump kicked off his presidential campaign with disparaging remarks for Mexican immigrants in 2015, Andrés backed out of a deal to open a Spanish restaurant plugged into the Trump International Hotel in Washington in 2016.

“When he called Mexicans rapists, it was very obvious that my business couldn’t survive with this rhetoric,” Andrés said.

And he has a message to deliver to Trump from immigrant workers: “We are here to give back everything we were given, but we cannot be taken for granted. We are here because America needs us in the same way we need America.” 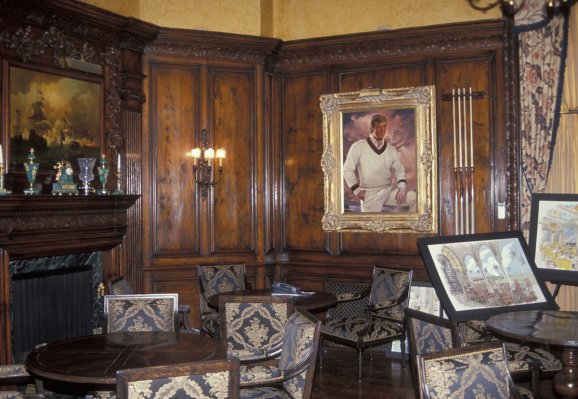 The Mar-a-Lago Club Was a ‘Winter White House’ Even Before President Trump Got There
Next Up: Editor's Pick