Warning: This post contains spoilers for the seventh season of The Walking Dead.

In an episode that saw the Alexandrians gain an unlikely new ally and Rick battle a walker wearing spiked armor, the most exciting moment may have been the long-awaited reunion of Daryl and Carol.

After more than a season and a half apart, Daryl found his way to Carol’s doorstep after Richard unwillingly tipped him off about who Ezekiel was allowing to live in the cabin on the outskirts of the Kingdom. “Why’d you go?,” he asked tearfully, referencing Carol’s secret departure from Alexandria prior to the group’s deadly encounter with the Saviors in season 6.

She then asked Daryl if the Saviors had come for revenge and hurt anyone. But despite his earlier insistence to Morgan that Carol would be leading the charge to take out Negan’s group if she knew the truth, he declined to tell her about Glenn and Abraham’s murders. “They came,” he said after a pause. “We got them all.”

“Hostiles and Calamities,” the 11th episode of Walking Dead‘s seventh season will air Feb. 26 at 9 p.m. on AMC. 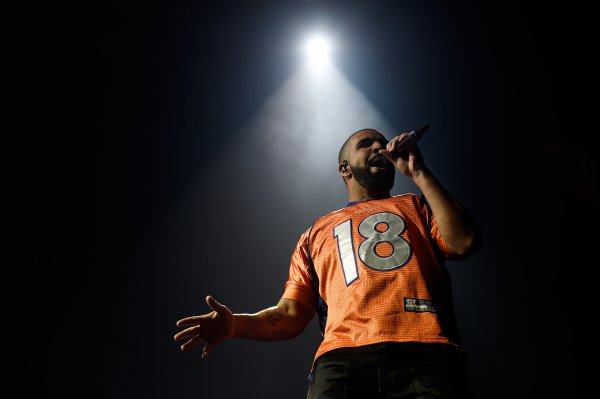 Drake Says He Shouldn’t Win Grammys for Rap
Next Up: Editor's Pick