Three judges on the Patent Trial and Appeal Board have ruled that lucrative patents on the gene editing technology known as CRISPR belong to the Broad Institute of Harvard and MIT.

CRIPSR is a promising new technique for making specific changes in the genomes of nearly every living thing, and has huge potential for producing new treatments and even cures for diseases, as well as for transforming fields like agriculture and energy.

CRISPR was first developed by Jennifer Doudna from the University of California, Berkeley, and Emmanuelle Charpentier, then at the University of Vienna and now at the Max Planck Institute in Germany. The University of California filed a patent in May 2012 for ownership of the technology as it applies to all of its uses, in all types of cells. The office had not ruled on that application yet when the Broad Institute filed a similar request in April 2014. Broad’s application concerned so-called eukaryotic cells, which include plant and animal (as well as human) cells. Broad paid for expedited review and received its patent. UC Berkeley filed suit against the Broad in 2016 claiming that the Broad patents “interfered” with their original request.

The judges ruled Wednesday that the Broad technique was sufficiently different from Berkeley’s technology, and therefore could be patented — independently and separately. Doudna and Charpentier demonstrated that CRISPR could cut raw DNA precisely in a test tube. Broad’s team, led by Feng Zhang, showed that CRISPR could work inside living cells, including human ones. Berkeley argued that Zhang’s work was an extension of Doudna’s and Charpentier’s. But the patent office disagreed.

Berkeley is still confident that its original patent request will be granted. Because of the lawsuit, that application was put on hold but can now go forward, Doudna said on a conference call with reporters.

If granted, that could make things more complicated for anyone interested in using CRISPR technology, including the biotech industry that has blossomed around CRISPR. Some hold licenses from Berkeley, while others are paying for licenses from Broad. If Berkeley receives the broader patent on CRISPR use in all types of cells, that means each user would have to pay for licenses from both Berkeley and the Broad.

“The patent we will likely be issued covers all use of this technology in all cells,” said Doudna. She likened Berkeley’s patent request to a patent on all uses of all tennis balls, and Broad’s to the use of green tennis balls only.

According to patent law, such seemingly conflicting patents are allowable. The broader patent on tennis balls would not necessarily supersede the patent on green tennis balls. What it means for CRISPR is that people eager to put its potential to the test will face more complicated red tape before they conduct their first experiment. 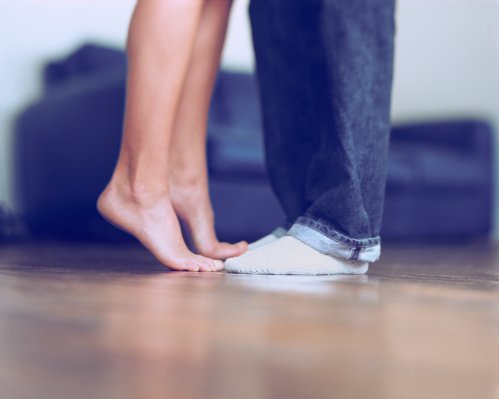 Scientists Discover the Genes that Decide How Tall You Are
Next Up: Editor's Pick