This Tax Could Win Over Donald Trump While Helping the Environment

At a January press conference, White House Press Secretary Sean Spicer was asked what President Donald Trump would do about climate change. Trump, he said, was going to make sure protecting natural resources doesn’t come “at the detriment of economic growth and job creation. There’s a balance, and I don’t think it’s an either-or situation.”

A climate-change solution proposed recently by conservative giants James Baker, Henry Paulson, George Shultz and others, may help Trump find this balance. The “carbon dividends” plan proposes to repeal many Obama-era emissions regulations and replace them with a price on carbon, the dividends from which would be rebated to American people. It’s an ambitious proposal and, if taken up, will undoubtedly begin a heated debate over the true cost of carbon.

Indeed, the hardest part is knowing if we’re getting the balance right. A real-estate developer or an oil company executive’s idea of balance would be to maximize profits, while an environmental activist seeking to block pipelines and keep fossil fuels in the ground would place a greater value on preserving a healthy environment.

Fortunately, economics provides guidance about how to balance such differing values. The seed of this guidance is nearly a century old, though it can clarify upcoming decisions not only about climate policy, but about car and truck mileage requirements, even refrigerators and television sets.

In 1920, the British economist Arthur Pigou defined an “externality” as an unpriced impact of an activity on others. For example, when each of us consumes electricity generated from coal, the pollution from its generation has unpriced effects on human health and the environment. His key insight is that such impacts are a market failure, in that they make society worse off. And striking the right balance means finding out how much the impacts cost society and then creating policy that takes these costs into account. That way, prices reflect not just the dollar value but the true cost of goods and services, and business’s profits are no longer subsidized by other people’s sickness and unsafety.

The externality of greenhouse gas emissions is the impact on climate change. In 2009, the U.S. government initiated a process to estimate the unpaid price of carbon dioxide pollution. The process involved 13 agencies taking advantage of all the best available science and economics. The goal was to find a true cost of carbon pollution that accounted for all of its impacts, not just the ones with monetary value.

After regulatory review and an update in 2013, the best estimate of that true cost is now just about $40 per ton — the same cost recommended by some of the most highly respected economists in the country. This number captures the net monetary damages that carbon pollution does to a variety of sectors, including agriculture, health and labor. It also accounts for economic damages that are expected from the increased frequency and severity of storms and flooding. It is based on empirical, peer-reviewed science and represents the combined knowledge of thousands of scientists and economists.

The implications of this $40-per-ton tax are all about finding the right balance. Any policy that can reduce a ton of emissions for less than $40 per ton is a good deal because the benefits to society outweigh the costs. At the same time, policies that impose costs of more than $40 per ton are too costly and not worth it. It turns out that the proposed carbon tax creates just the right incentive and would generate revenue that can be returned to American consumers as a “carbon dividend.”

All this means that if President Trump is looking for good deals and balance, as he claims, then he and his advisors need to take such a cost-benefit approach to evaluating potential climate policies. This is not the work of liberals waging a war on coal just because it is dirty and mountain-top removal is ugly. Instead, it is the hard-headed, numbers-based, economic way of finding balance in government policy that dates back to an executive order issued by President Ronald Reagan and upheld by all presidents since.

According to Spicer, President Trump is “going to meet with his team and figure out what policies are best for the environment.” We know the President’s senior staff have been urged by some of the nation’s top economists to adopt this plan. Ironically, Trump now has the opportunity to crack the climate change problem wide open and earn a major victory by solving one of the most politically intractable and complicated problems on the planet. With a workable solution to climate change delivered to the White House doorstep, the issue could reveal whether Trump’s GOP is a party of solutions or just a party of destruction. 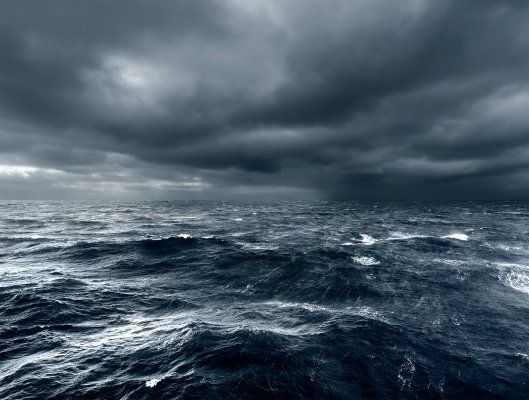 Everyone In Donald Trump's Cabinet Is Failing Americans
Next Up: Editor's Pick