Why ADHD Isn’t Due to Bad Parenting

It’s listed in the manual of psychiatric disorders as a validated mental health condition, yet there’s a lingering sense that attention deficit hyperactivity disorder (ADHD), especially among children, is in part due to poor parenting or parents who aren’t disciplining their children enough. People with ADHD have a difficult time concentrating and often act out in in appropriate ways in frustration.

Now, in a report published in Lancet Psychiatry, researchers led by a group in the Netherlands provide the strongest data yet on brain changes that may be contributing to ADHD.

The scientists studied the largest group to date of people of all ages with ADHD—1,713—and compared their brain scans to those without the disorder. While previous studies have also documented some brain differences in those affected, this represents the largest population of people studied. That gives researchers more confidence that the changes they found are reliable and worth investigating further.

The people with ADHD showed slower development of five brain regions. Some have been identified before and make intuitive sense; they involve parts of the brain responsible for controlling impulse, attention and other cognitive functions. But the researchers also found two new regions that were smaller in people with ADHD than in controls: the amygdala and the hippocampus. These areas are primarily involved in processing emotions and shed new light on some of the non-thinking aspects of ADHD.

“The fact that the amygdala was a particular region where they saw the largest effect, or the biggest difference between patients and non-patients, speaks to the importance of emotional symptoms in ADHD,” says Dr. Jonathan Posner, associate professor of psychiatry at Columbia University Medical Center, who wrote an editorial accompanying the study. “Kids with ADHD often have emotional reactivity and poor frustration tolerance. Those symptoms aren’t given as much focus as they should be given.”

The researchers studied MRIs of the brain to identify the regions possibly affected by ADHD, but Posner says it’s not practical to use MRIs to diagnose the disorder—at least not yet. While the results point to possible places where doctors can look to diagnose ADHD, “unfortunately we don’t have objective measures yet for many conditions in psychiatry, and that includes ADHD. What they found were on average group differences.” To use those criteria at this point to apply to an individual child would be premature, he says.

Still, the findings point to areas worthy of further scrutiny, to see if they indeed could become ways to identify people with ADHD. “This helps us to learn more about the brain mechanisms that underlie the symptoms,” says Posner. “With that information, the long-term goal is to develop better and more refined treatments that might target those regions.” 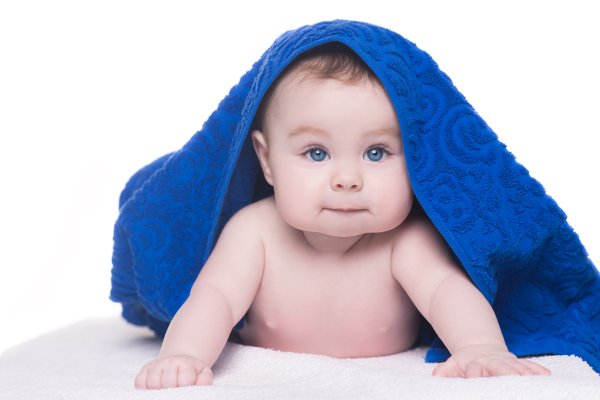 Doctors Are Getting Closer to Predicting Autism Earlier
Next Up: Editor's Pick