President Donald Trump listens during a ceremonial swearing-in for Treasury Secretary Steven Mnuchin in the Oval Office of the White House, in Washington, D.C., on Feb. 13, 2017
Jabin Botsford—The Washington Post/Getty Images
Ideas
By Oren Segal
Segal is Director of the Anti-Defamation League's Center on Extremism.

It was recently reported that the Donald Trump Administration plans to limit the focus of the Countering Violent Extremism antiterrorism program. Instead of fighting all violent belief systems, the program would instead devote itself solely to combating radicals who are Muslims and list only “Islamic terrorism” in its name. This betrays a fundamental misunderstanding of the domestic terrorism threats facing our country.

CVE launched under President Obama. Through it, the Department of Homeland Security administers federal grants to nongovernmental organizations and higher-education institutions to carry out programs that counter the potential for violence from “domestic terrorists and homegrown violent extremists.”

From their inception, CVE initiatives have come under fire for unfairly singling out the American Muslim community for special scrutiny, while paying mere lip service to other, equally dangerous threats. Changing the name and the mandate of the CVE program would exacerbate the problem of how little scrutiny right-wing and left-wing extremists receive and amplify the false belief that Islamic extremists are responsible for more violence than other types of domestic terrorists.

Not everyone opposes a CVE name change: white supremacists are rejoicing online because, as they see it, the government is signaling that they are now free from scrutiny. As someone posted to the white-supremacist site Stormfront: “Oh my goodness. Is this for real. Amazing my government no longer targets me as the enemy.”

That gleeful response illustrates the power of words and symbols. If the federal government explicitly singles out one type of extremism to the exclusion of others, it is broadcasting — and potentially inciting — a dangerous lie to its citizens and the world: only Muslims are capable of terrorism.

The facts tell a very different story. The Anti-Defamation League’s Center on Extremism has found that right-wing extremists — including white supremacists, sovereign citizens and militia members — were responsible for 74% of the 372 extremist-related murders from 2007 to 2016. And of the 45 police officers killed by domestic extremists since 2001, 34 were killed by right-wing extremists.

These numbers demonstrate the importance of promoting antiterrorism efforts that are broad enough to tackle the wide range of extremist beliefs that have taken root in this country. We also must address the proliferation of radicalizing materials that are readily available to anyone with an Internet connection and embolden both white supremacists (Dylann Roof, for example) and Islamic extremists alike.

Even as the deadly shooting sprees in San Bernardino, Calif., and Orlando provided stark validation of the importance of countering violence spurred by Islamic extremist ideologies, the murders in Charleston, S.C.; Oak Creek, Wisc.; and Overland Park, Kans., were stark reminders that the hate embodied in white-supremacist ideology represents an equally deadly threat against African Americans, Jews, Muslims and other minority groups.

Rebranding CVE programs to focus solely on Islamic extremism would be a profound mistake. Violent extremism is not the sole domain of any one extremist movement or group. Ignoring this truth is incredibly dangerous — not only for our embattled Muslim neighbors and friends, who may be further stigmatized, but also for our democracy and everything it stands for. 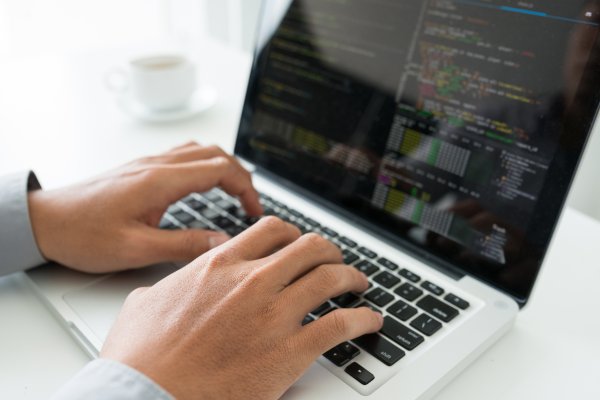 Algorithms Secretly Run the World
Next Up: Editor's Pick