The BBC delivered a special gift to parents on Valentine’s Day: a video of roguish Taboo actor Tom Hardy taking a break from playing a violent gangster or action villain, and instead putting on a soothing voice to read a children’s bedtime story alongside his dog, Woody. The teaser video itself caused an uproar when it debuted online, with Hardy gently imploring viewers to “get yourself tucked up.”

And the reactions to the bedtime story’s debut proved that Hardy’s subtle charms are highly motivating, especially for women.

Due to rights reasons, U.S. viewers aren’t able to watch the BBC segment, which isn’t sitting well with Hardy fans.

For those who do have access to the BBC, the good news is that this is Tom Hardy’s second time reading a story—and, based on the wildly positive feedback from fans young and old, perhaps it won’t be his last. In the meantime, one woman filmed herself watching the story on Valentine’s evening, which gives us all a peek at the pleasures of Hardy’s calming recitation of The Cloudspotter. 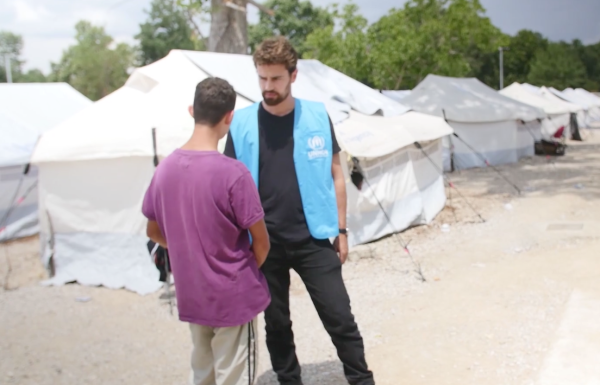 How Actor Theo James' Family History Turned Him Into an Activist
Next Up: Editor's Pick