MediaStorm broke new ground in digital publishing on Tuesday with the launch of a pay-per-story video player, one of the industry’s most exciting attempts to capitalize on the strength of multimedia productions. Now in its seventh year, the Brooklyn-based multimedia studio has developed an industry-wide reputation for producing strong online documentary multimedia. Before the launch of their new player, which was two years in the making, all content on their site was available free of charge. Now users have to pay $1.99 to watch full stories. As has been MediaStorm’s tradition, half of all revenue generated is shared with the photographers whose work is featured.

Users can watch the trailer for free, but then are prompted to pay to watch the full video. Registration and payment takes about two minutes to complete. “Everyone was initially against it,” says Brian Storm, MediaStorm’s founder and executive producer, of the staff’s resistance to charge for content. “Everyone wants people to see their work, but the reality is if a million people watch our story, it costs a ton of money…we have got to diversify our revenue and say, ‘This is worth your money.’”

By charging for its videos, MediaStorm is sending a message to its viewers that their content is worth more than just their time. Storm’s ultimate goal in launching the player is to advance the way the organization is telling stories—to do more of it, and do it better.

More importantly, Storm feels strongly that this player could be an integral part of how visual journalism is viewed and shared on the Web. MediaStorm has already licensed the player to the Guggenheim Museum and NGOs, and has further plans to make it available to others.

“If we figure this out and share it with others, that’s what success looks like,” Storm says of the player. “Helping the industry get better at what we do.”

Beyond that, the success of the player stands to have big implications for the cadre of visual journalists who could use it to get their stories out there. “That’s Yahtzee. That’s the Holy Grail. This is one step in the process of building that solution,” Storm says.

What it really comes down to for Storm is promoting visual journalism – regardless of whether that originates in or outside of the walls of his company. “The playback of our content is central to who we are, so to take ownership of that and innovate around it was a critical move,” Storm said. MediaStorm Developer Shameel Arafin and Interactive Designer Tim Klimowicz crafted a player that allows full control for branding and video playlists among other functions.

The coding that MediaStorm used to build the player allows the company incredible control – like knowing where their content is being used and viewed, and retaining the ability to turn it off remotely if the player is being misused.

The launch of the player coincides with the publication of two gripping stories in which award-winning photographers Phillip Toledano and Maggie Steber documented the death of one of their parents.

“We’ve been able to reach millions of viewers by distributing our stories for free,” Storm said. “But the reality is, no company or industry can sustain itself for long without producing a product for which people are willing to pay. Our industry is in need of a sustainable business model that will allow us to continue to report and produce compelling stories.”

Ultimately, Storm’s goal is that people will continue to log in, watch the story and learn.

Brian Storm is the founder and executive producer of MediaStorm. 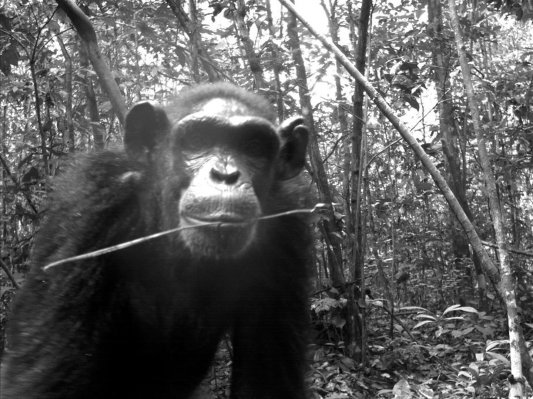 TEAM Animals: Leopards and Chimps and Birds, Oh My!
Next Up: Editor's Pick