Chris Hurst, whose girlfriend Alison Parker, a reporter for WDBJ-TV, was killed on air in a shooting in Roanoke on Aug. 27, 2015, speaks during a rally at the Capitol in Washington on Sept. 10, 2015.
Tom Williams—CQ-Roll Call,Inc./Getty Images
By Aric Jenkins

Chris Hurst, the coworker and boyfriend of the Roanoke, Va., reporter who was fatally shot during a live news broadcast, has quit his anchor job to run for political office.

Hurst will campaign for a seat in the Virginia House of Delegates, a decision he said was made to “honor” his slain girlfriend, Alison Parker. Her cameraman, Adam Ward, was also killed by the gunman.

“I’m leaving my career at the station where she worked to fight for the causes she and I value the most,” Hurst wrote in an op-ed for the Daily Beast.

The ex-anchor will run in the Democratic primary for the 12th District seat, which is currently occupied by Republican Joseph Yost, according to NBC News. Hurst, 30, says its the best way to find purpose following the death of Parker, who he had moved in with shortly before her murder in August 2015.

“I started to become a shell of the person that I was because I had to numb myself in order to anchor the news, and I didn’t feel that was who I wanted to be,” Hurst told NBC News. “I was trying to think of what can I do, where I can stay in this area where the people have given me so much help and strength when I needed it — and public service is a real natural progression.”

Hurst admitted the career pivot will be a challenge, as he is used to remaining objective as a journalist. But he is prepared to “be honest and investigate the information and gather facts and come to an objective conclusion” as a politician.

He said one of his main priorities will be universal background checks for guns, if elected.

“I think we can have healthy conversations, and the one thing I am interested in is saving lives,” he told NBC, adding that he does not intend to take away firearms from properly registered citizens. 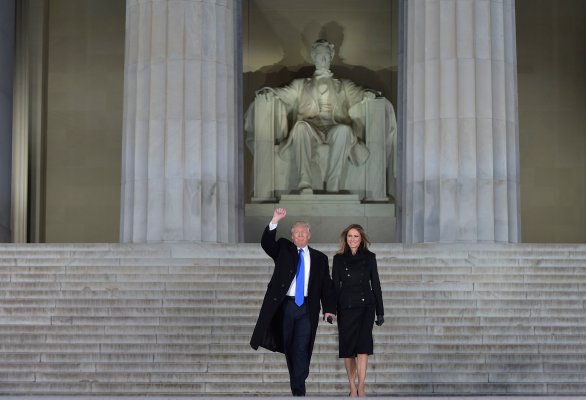 America Is Forgetting Its Own History
Next Up: Editor's Pick