The cover of Vogue‘s March 2017 issue was recently hailed by some as a sign that the magazine was embracing inclusion, thanks to a diverse range of models and a cover line that read “no norm is the new norm.” However, an editorial inside the magazine that surfaced Tuesday showed that there’s still room for improvement, as it fashioned Karlie Kloss, a white supermodel from Missouri, in traditional Japanese style.

Kloss’ editorial titled “Spirited Away” was shot by photographer Mikael Jansson in Japan and styled by Phyllis Posnick; images from the shoot feature Kloss, among other things, posing in designer clothing with a sumo wrestler, visiting a tea house and carrying a basket of cherry blossoms.

Vogue’s editorial registered as tone-deaf with many people, who took to the Internet to sound off about it. Some pointed out the long history of the whitewashing of Asian people in popular culture, including several recent examples.

Kloss took to her Twitter on Wednesday to address the shoot, writing that she was “truly sorry for participating in a shoot that was not culturally sensitive.”

This isn’t the first time that the fashion outlet has been criticized for featuring racial stereotypes and appropriating culture; in the past, they’ve caught heat for invoking orientalism at the 2015 China-themed Met Gala to French Vogue‘s use of blackface for a shoot.

Some took issue with Kloss’s inclusion in this shoot for a diversity issue.

Some had a very strong visceral reaction to the shoot.

Others pointed out how dated this editorial choice was in 2017.

Some pointed out that Vogue could have chosen to cast a Japanese model for the shoot.

Others still drew a parallel to the other issues going on in the world.

Vogue has not responded to a request for comment on this story. 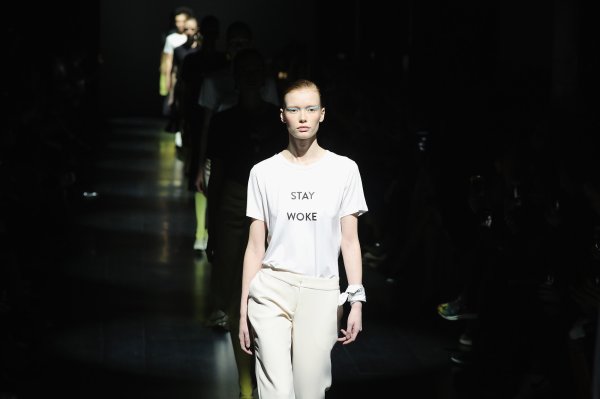 Here Are the Political Statements Designers Made at This New York Fashion Week
Next Up: Editor's Pick