U.S. President Donald Trump and Japan Prime Minister Shinzo Abe walk together to their joint press conference in the East Room at the White House on Feb. 10, 2017 in Washington, D.C.
Chip Somodevilla/Getty Images
By Katie Reilly

Trump and Japanese Prime Minister Shinzo Abe appeared to discuss North Korea’s launch of an intermediate-range ballistic missile in full view of guests in Mar-a-Lago’s public dining room, according to social media posts and a report from CNN.

Utah Rep. Jason Chaffetz, chairman of the oversight committee, requested more information about whether security protocols were followed during the incident, whether any classified information was discussed in public areas, and how guests and employees at Mar-a-Lago are vetted.

During a press briefing Tuesday, White House Press Secretary Sean Spicer said there was no classified information present in the dining room and said Trump was briefed in a secure area before and after the dinner. But the incident raised questions about potential security risks at the club that has been dubbed “the Winter White House.”

“Nevertheless, discussions with foreign leaders regarding international missile tests, and documents used to support those discussions, are presumptively sensitive,” Chaffetz wrote in the letter, dated Feb. 14.

“While the President is always on duty, and cannot dictate the timing of when he needs to receive sensitive information about urgent matters, we hope the White House will cooperate in providing the Committee with additional information.” 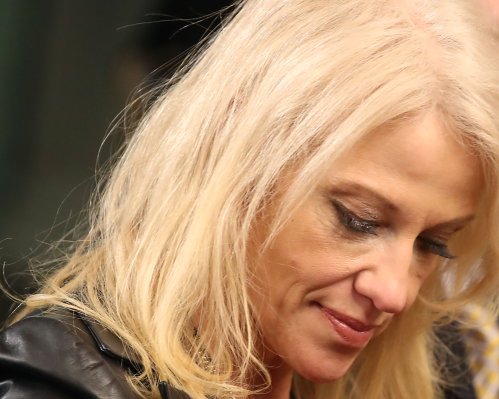 Ethics Office Calls for Investigation Into Kellyanne Conway
Next Up: Editor's Pick