George Takei poses for a portrait during the Sundance Film Festival in Utah on Jan. 18, 2014.
Victoria Will—Invision/AP
By Melissa Chan

One of the darkest times in American history has begun to repeat itself, actor and social justice activist George Takei warned.

The Star Trek actor, who spent years of his childhood in Japanese-American internment camps during World War II, said he’s reliving parts of his past as he watches President Donald Trump attempt to carry out an executive order that reminds him of the one that imprisoned his family and thousands of innocent people nearly 75 years ago.

“It’s not going to happen again. It is happening again,” Takei said in an interview with TIME ahead of his Broadway musical Allegiance coming to theaters Sunday. “It is being repeated.”

Takei said Trump signed his travel ban executive order just like President Franklin D. Roosevelt did with the Japanese internment order in the early 1940s, “with a broad brush characterizing one group of people as terrorists.” Trump in late January temporarily banned travelers from seven predominantly Muslim countries from entering America — a measure that a federal judge later halted. Trump acted in the name of national security, much as Roosevelt did in 1942 when he authorized the relocation of several thousands of Japanese Americans into internment camps after Japan attacked Pearl Harbor, Takei said.

“FDR was a great president, but he was a fallible human being, and he made a mistake,” the 79-year-old actor said. “We will not tolerate that kind of presidency again because we remember.”

Takei was about 5 when he and his family were removed from their California home at gunpoint and forced to live behind the barbed wire of an internment camp. Roosevelt’s executive order affected at least 117,000 people of Japanese descent, most of whom were born in the U.S., according to the National Archives.

The experience inspired Allegiance, a musical that stars Takei and tells the story of two Japanese-American siblings at opposite ends of the political spectrum during World War II. A brother enlists for battle to prove his patriotism while his sister devotes her energy to protesting the government’s treatment of her people.

While the show is no longer performed live on stage, it is returning to more than 400 select cinemas across the country Sunday for a one-day showing, after it debuted in theaters in December.

Takei hopes the encore showing will draw new viewers, including the leader of the free world. Takei, who has publicly opposed Trump’s policies, said he had personally invited Trump to a private screening of the show while Trump was still on the campaign trail.

“He never answered,” Takei said. “This is a chapter of American history that is still little known and is certainly not known by Donald Trump. Here we are trying to educate him, and he doesn’t want to be educated.”

Trump’s administration did not respond to requests for comment.

Takei, who is behind an online petition that calls for people to support the Muslim community, said he plans to bring that same message to the Franklin D. Roosevelt Presidential Library and Museum in New York on Sunday when he delivers a speech to mark the 75th anniversary of Roosevelt’s executive order. The Hyde Park location is particularly meaningful to Takei because of its ties to Roosevelt’s history. 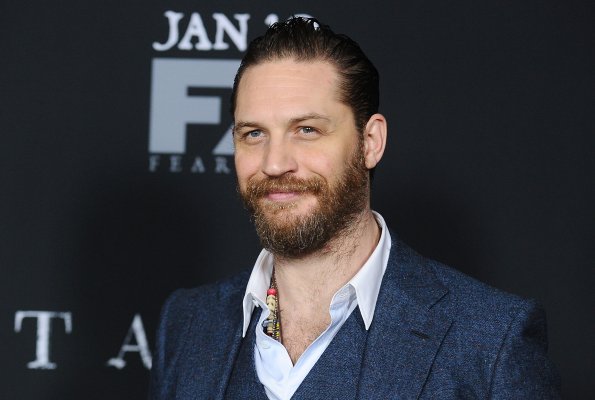