Emmanuel Macron, former French Minister of Economy and candidate in the French presidential elections, meets with members of the French community in Algeria, February 13, 2017 in Algiers.
STR—AFP/Getty Images
By Kate Samuelson

Richard Ferrand, secretary-general of Macron’s En Marche! (Onwards!) party, said that forces in Russia were trying to influence the outcome of the May election during an interview with France 2 Television on Monday.

Ferrand said Macron had become a “fake news” target of Russian media and that his campaign was facing thousands of internet attacks, Reuters reports. He added that Moscow looked favorably on the policies of far-right leader Marine Le Pen and centre-right candidate Francois Fillon, and urged the government to take steps to ensure there was no “foreign meddling” in the election.

But on Tuesday, Kremlin spokesman Dmitry Peskov denied Ferrand’s charges. “We didn’t have and do not have any intention of interfering in the internal affairs of other countries, or in their electoral processes in particular,” he told reporters, according to Reuters. He added: “That there is a hysterical anti-[President Vladimir] Putin campaign in certain countries abroad is an obvious fact.”

Writing in Le Monde Tuesday, Ferrand said En Marche!’s website has been “the subject of several thousand monthly attacks in various forms”. He added that the attacks seem to be “organized and coordinated by a structured group, not by solitary hackers.” 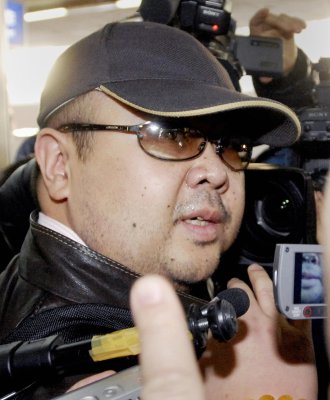 Who Was Kim Jong Nam? North Korean Leader's Half-Brother Killed in Malaysia
Next Up: Editor's Pick