Pedestrians wearing masks walk on a road that is blanketed by heavy smog on Jan. 5, 2017, in Jinan, Shandong province, China
VCG/Getty Images
By Charlie Campbell / Beijing

Following a welcome burst of blue skies over Lunar New Year, chronic smog returned to northern China this week, prompting the wearing of face masks and the switching on of air purifiers as airborne particle levels soared to 10 times WHO safe levels.

The government said it was making efforts to deal with the choking haze, from slashing coal consumption in the capital Beijing by 30%, and the threat of legal action against the worst offending local authorities, to proposed cutbacks to the coal and steel industries. (Though Greenpeace claims the latter actually grew in capacity last year.)

But the enduring smog is good news for one section of society: peddlers of antipollution products. The range of prophylactics has grown enormously over the last few years, and ranges from the sensible — such as ever more sophisticated face masks and air purifiers — to the highly dubious, such as antismog herbal teas.

Boasting ingredients such as “polygonatum, kumquat, lily, red dates, chrysanthemum and rock candy,” the latter are claimed by manufacturers to “alleviate the harm to the human body of long-term inhalation of air pollution.” Traditional Chinese Medicine (TCM) practitioners are unimpressed, though; Liu Quanqing, president of the Beijing Hospital of TCM, told China’s state media last month that such concoctions were “unreliable” and “may cause health problems if taken for a long time.”

But it’s not just teas that have dubious efficacy. China’s online trading platform Taobao — the nation’s gargantuan equivalent of eBay and Amazon — is chock-full with bizarre antismog products. There are antismog windows and antismog trees. For $5,000 you can buy a truck-mounted antismog water cannon that drenches particles from the air. Conversely, there is also antismog incense, for those who literally want to fight fumes with fumes.

For skeptics, face masks and air purifiers remain the preferred choices, and China has made major strides with both.

There are masks with built-in fans, masks just for the nose, and even couples’ masks especially for Valentine’s Day. For fashionistas, Beijing designer Wang Zhijun turns high-end sneakers into face masks; one was crafted from a pair of Kanye West–designed, limited edition Adidas Yeezy Boosts that were recently sold online for $10,000.

Xiaomi should know what it’s talking about. Late last month, global vice president Hugo Barra quit the Beijing-based firm to move back to California, saying that “the last few years of living in such a singular environment have taken a huge toll on my life and started affecting my health.” 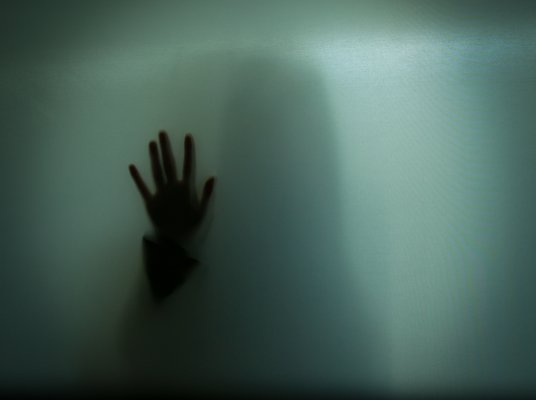 These Are the Places With the World's Top Female Murder Rates
Next Up: Editor's Pick