Nick Viall Goes Swimming With Sharks on The Bachelor

When we last saw Nick Viall, he had just cried his eyes out in front of all six of his girlfriends. Turns out he is not convinced that his fourth time on The Bachelor will work out and it’s making him cry in public. He then ran out the door, probably to go listen to Free to be You and Me alone in his hotel room. The next day, Chris Harrison finds Nick sitting on a bench, staring off into the middle distance. Chris joins him to stare off into the middle distance, too, and after enough time has passed, he asks him if he wants to quit The Bachelor and Nick says, “Yes,” and that’s the end of the show. The end.

In reality, Nick goes to talk to the women he hasn’t scared off with his tears and tells them he still loves them all. Kristina, the girl who had to eat lipstick to survive her childhood in Russia, gives him a hug ’cause it’s tough out there. To prove it, he cancels the Cocktail Party and the Rose Ceremony and whisks his roving party off to … Bimini. The women all fulfill their contractual obligations by saying “Bimini” many, many times. Just off camera they can be heard asking, “What’s Bimini?”

The First Date: Vanessa is invited to “go deeper” with Nick, much to Corinne’s chagrin since she hasn’t had a single one-on-one date. Vanessa and Nick sit around on a boat and talk about their feelings and Nick’s emotional outpouring. Then they make out underwater and it’s while smooching while trying not to drown that Vanessa feels the first ping of love. Nick totally ruins the mood though by pointing out that he’s reserving judgment until he weighs all his options.

The Group Date: Corinne, Kristina, and Raven are invited to go yachting with Nick. Corinne opines, “I look good on a yacht.” Then she strips into a bikini, but Nick is too busy rubbing sunblock on Kristina’s inner thigh to do much more than notice. After lounging around the yacht, Nick tells them they are going to go swimming with the sharks. Not sure if that’s a metaphor or not. Turns out it’s not a metaphor, but is an Open Water themed date. Spoiler: we know that a Bachelor contestant doesn’t get eaten, though, because Chris Harrison hasn’t once billed this as “The Most Dramatic Episode of The Bachelor Ever.” In the water, Kristina panics and heads back to the boat, but Raven’s not worried, because she will just “punch a shark” if it gets too close to her. She could definitely take a shark.

The After Party: Corinne is anxious, so she stress eats cheese squares while Kristina and Nick make out on the lanai. Corinne begs Nick to reassure her and he does with some smooth talk and a bunch of desperate making out. When it’s her turn, Raven asks Nick if he’s nervous about meeting her daddy and Nick just asks, “You call your dad, ‘daddy’?” Raven gets the Group Date Rose for not rolling her eyes at him. Nick and Raven head to the after-after-party for a some private dancing and Raven claims she’s falling in love with him, too.

The Second Date: Nick and Danielle, the neo-natal nurse with a tragic back story, bike through Bimini and catch up from their first date, which was approximately 75 years ago. Nick stops to play some ball with the local kids and instantly tries to decide if it’s more embarrassing to get schooled by them or to get really aggressive in order to beat them. The camera cuts to an awkward conversation with Nick and Danielle who are struggling to connect, resorting to talking about the weather and Wisconsin. Danielle doesn’t seem to notice that Nick is bored and he’s already reminiscing about their first date, because this one’s so boring. Then Nick dumps her and a solitary tear rolls down her cheek.

The Drama: The women are all shocked by Danielle’s sudden departure, and Corinne has a plan to ensure that she does not meet a similar fate. She puts on two coats of mascara, her highest heels and goes to Nick’s hotel room. Nick claims it’s a surprise to see her, but please, the voodoo priestess in the New Orleans wood (and all of the show’s producers) foresaw this malarkey. It’s straight out of the Courtney Robertson playbook. Heck, it’s out of Nick’s own playbook. Corinne smiles as she tells the camera, “My heart is gold, but my vagine is platinum.” As they head into the bedroom, the lights go off but the microphones stay on. Nick then slows her roll, because he learned something from his relationship with Kaitlyn Bristowe. Corinne is not amused.

The Third Date: Nick and Rachel have a super chill date sipping beer at a local bar and shooting the breeze with a bartender who advises her to make sure that Nick needs her, not just wants her. Chris Harrison could take notes from that guy. Then Nick and Rachel write their names on the bar and leave before the police get there. Rachel returns to the villa very confident about her relationship with Nick, which could be a very, very bad sign because you’re not allowed to be happy on this show, you must be anxious, nervous, and nauseated until he slips a ring on your finger and a rose in your hand.

More Drama: Nick starts crying again as he and Chris Harrison talk about the necessary evil of eliminating one more woman before the home town dates. If that conversation was heard out-of-context, the FBI would be called. Nick walks over the villa and while Corinne freaks out, Nick asks for Kristina. He takes her outside and tells her that he’s not in love with her. She cries as if getting dumped by Nick is somehow worse than her horrifying childhood and is taken to the airport in a limo. Inside, Corinne unaware of what has happened, takes a stress nap and all the women play cheese cube Jenga on her head. Then The Bachelor throws some social media shade her way: 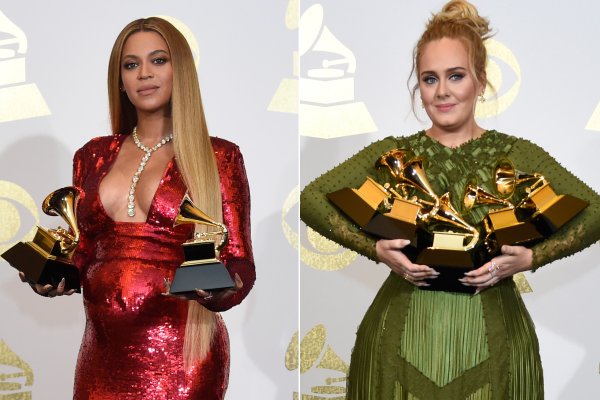