President Trump and his aides like to call his Mar-a-Lago club “the Winter White House.”‘ But when an international incident occurred during Trump’s stay there over the weekend, a flurry social media posts showed the potential danger of actually running the government from Trump’s Florida estate.

It began, CNN reported, as Trump and Japanese Prime Minister Shinzo Abe were starting their salad course at dinner. The president received word that North Korea had launched an intermediate-range ballistic missile. All of a sudden, guests in Mar-a-Lago’s dining room were treated to front row seats to a national security incident.

One guest, Richard DeAgazio, took to Facebook to document the proceedings.

“HOLY MOLY !!!” he wrote on a batch of photos, which have since been taken down. “It was fascinating to watch the flurry of activity at dinner when the news came that North Korea had launched a missile in the direction of Japan. The Prime Minister Abe of Japan huddles with his staff and the President is on the phone with Washington DC. the two world leaders then conferred and then went into another room for hastily arranged press conference. Wow…..the center of the action!!!”

A screengrab of a photo posted on the Facebook page of Richard DeAgazio was said to show Japanese Prime Minister Shinzo Abe huddling with staffers during dinner at President Trump's Mar-a-Lago residence after news spread about North Korea's missile launch.
Courtesy of Richard DeAgazio/Facebook

There are numerous security risks highlighted by DeAgazio’s photos, the Washington Post points out. The phones aides used to illuminate documents on the table could have been hacked. Trump’s own unsecured Android phone could have been hacked. And patrons in the vicinity like DeAgazio could have overheard the president’s discussions, while their photos could have exposed classified materials on the dinner table.

Which is to say nothing of another one of DeAgazio’s posts from the night, which posed its own unique security risk.

“This is Rick,” DeAgazio wrote on the photo. “He carries the “football” The nuclear football (also known as the atomic football, the President’s emergency satchel, the Presidential Emergency Satchel, the button, the black box, or just the football) is a briefcase, the contents of which are to be used by the President of the United States to authorize a nuclear attack while away from fixed command centers, such as the White House Situation Room. It functions as a mobile hub in the strategic defense system of the United States. It is held by an aide-de-camp.
and Rick is the Man.”

It isn’t classified that the “football” exists. But, as Norman Eisen, President Obama’s former ethics czar, wrote on Twitter, “needless to say, [it’s a] tremendous security violation to identify the person carrying the football.” 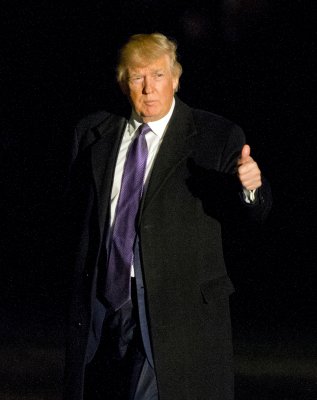