One in three Americans have high blood pressure, which increases their risk for health problems like heart disease and stroke. Most people know that lowering blood pressure is a good idea to prevent those medical problems, but just how low a person should aim is being debated. In a new study, researchers argue that if people lowered their blood pressure even more dramatically than currently recommended, over 100,000 American lives could be saved.

In 2015, researchers presented results from the SPRINT trial, which was the largest study yet to compare results of people who kept their blood pressure at the currently recommended 140 mmHg to people who dropped their blood pressure levels even lower to 120 mmHg or less. In that trial, they found that the lower the blood pressure the better. People who met 120 mmHg levels had fewer heart-related deaths or early deaths from any cause. The study authors even stopped the trial early due to the findings, as TIME previously reported.

In the new report, published Monday in the journal Circulation, researchers led by a group from the University of Utah estimated how many lives could be saved if people followed the SPRINT regime and more dramatically lowered their blood pressure.

To do this, the team estimated about how many people in the United States met the criteria set by the SPRINT trial, which meant they were considered at a high risk for high blood pressure. The team then looked at national survey data from 1999 to 2006 and identified 2,000 men and women who met the criteria and projected that if intensive low blood pressure treatment was widely adopted among people who are at a high risk, 107,500 deaths could be prevented each year.

“I can’t stress enough the importance of optimal blood pressure treatment,” says study author Adam Bress, an assistant professor of population health sciences at the University of Utah. “We think this is a lower bound estimate since it is only the people who meet SPRINT criteria. There are likely more people who could be treated intensively.”

There are some risks to dramatically lowering blood pressure. People would likely need to take more medications than they already do, and undergo more lab testing. Taking multiple blood pressure drugs can increase the risk of low blood pressure and symptoms like fainting. Still, Bress says “I think most patients may prefer taking extra medication to reduce their risk of early death, stroke or heart attack.”

Ultimately, Bress says he hopes there will be more shared decision-making between doctors and patients, with conversations that discuss evidence that lower blood pressure goals could prevent more health problems. 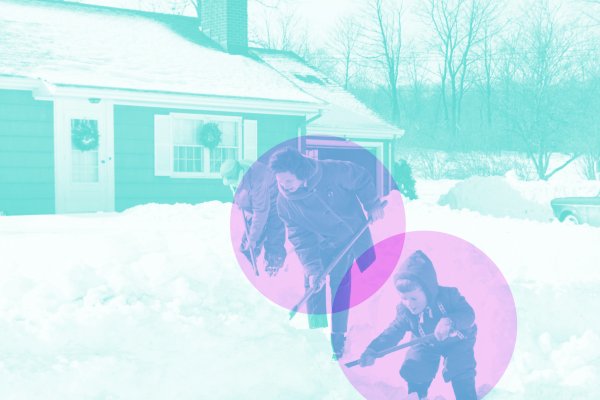 Why Snowstorms Are Bad for Your Heart
Next Up: Editor's Pick