In a dynamic interview for InStyle’s March fashion issue, Black-ish star Tracee Ellis Ross sat down with Queen Latifah to delve into her thoughts on careers, confidence and aging gracefully.

Latifah opened up about when she really “grew up,” and how she continued to grow from that moment. “I became a woman at age 24. I no longer felt like a kid who was afraid of making the wrong decisions,” she told Ross. “My brother had just passed away, so I was living through major ups and downs. Losing a sibling was just about the worst thing that could happen, so I developed a ‘What could stop me now?’ attitude.”

That attitude propelled her to success, and it’s what helps her stay sane in the spotlight during tough times. “I used to get caught up in comparing myself, especially in terms of body type, but I realized that often the people I envied were missing important things that I had in abundance — I’ve had romance and danger, family to come home to, and open-mindedness,” she said. “It’s great to have plans and a vision for your life, but it’s more important to be open to the unexpected. That’s the secret to living a juicy, magical life.”

She has also made an effort to embrace aging, instead of holding onto her youth. “As great as I felt then, I really believed I would get better every year that followed,” she told Ross. “I’ve always hung out with people older than me, and they make life look good — like aging is something to strive for.”

Read the full interview at InStyle.com. 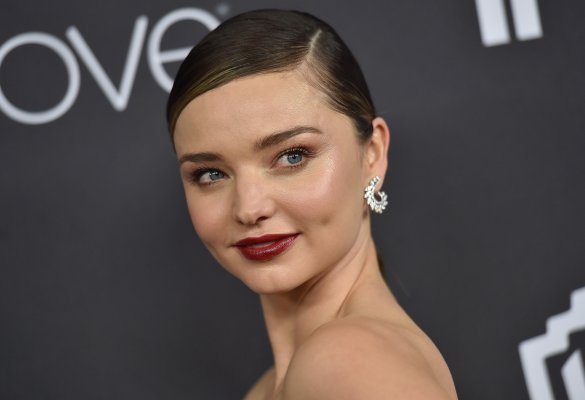 Why Miranda Kerr and Evan Spiegel Aren't Having Sex Before Marriage
Next Up: Editor's Pick