In a moment right out of Mean Girls, Adele broke her Grammy Award on Sunday night after the British singer won Album of the Year for 25.

Adele beat out Beyoncé for both Album of the Year and Song of the Year, in wins many people — including Adele herself — found unfair. In a tearful speech while accepting the final award, Adele waxed emotionally about Beyoncé’s album Lemonade.

“I can’t possibly accept this award,” she said. “The Lemonade album was just so monumental, Beyoncé. It was so monumental and well thought-out and beautiful and soul-bearing… we appreciate that. All of us artists here adore you. You are our light.”

Later, just like Cady Heron broke her Spring Fling queen crown to hand to the other contestants in Mean Girls, Adele broke off the top of her Grammy to reportedly give to Beyoncé, according to People. However, Cosmopolitan reports that it was in fact an accident. 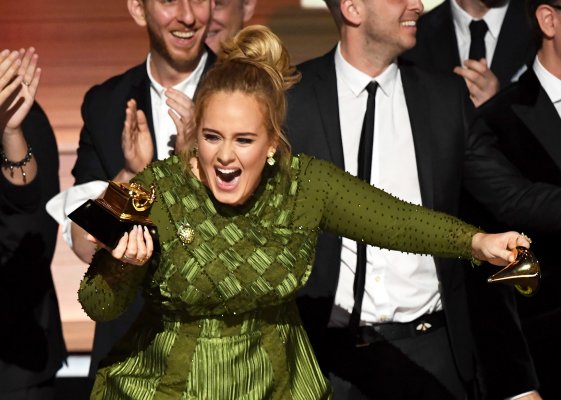 Even Adele Wanted Beyoncé to Win at the Grammys
Next Up: Editor's Pick