Even Adele Wanted Beyoncé to Win at the Grammys

Adele swept the top three awards at the Grammys on Sunday night—handily grabbing the prize for song, record, and album of the year—but she also took a moment during her acceptance speeches for Record of the Year and Album of the Year to pay tribute to Beyoncé, who was also nominated in the three categories that Adele won.

“My dream and my idol is Queen Bey, and I adore you and you move my soul every single day and you have done for nearly 17 years, and I adore you and want you to be my mummy,” she said after winning the penultimate award of the night. But in her tearful acceptance speech for Album of the Year, she broke down even further—and had difficulty accepting the prize.

“I can’t possibly accept this award,” she said. “The Lemonade album was just so monumental, Beyoncé. It was so monumental and well thought-out and beautiful and soul-bearing… we appreciate that. All of us artists here adore you. You are our light,” she said emotionally. 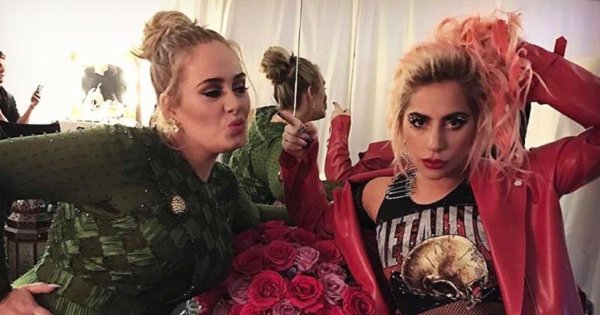 Lady Gaga and Adele Hung Out Backstage at the Grammys
Next Up: Editor's Pick