Plenty of musicians have extended their brands into the world of books but few have achieved the literary accolades of John Darnielle, founding member of the Mountain Goats. The folk musician published his first novel, Wolf in White Van, in 2014. The story of a post-apocalyptic role-playing game invented by a teenager with a disfigured face became a New York Times bestseller and was long-listed for a National Book Award. Darnielle’s follow-up, Universal Harvester, about a video rental store in 1990s Iowa where strange scenes start turning up on the tapes, comes out this month. TIME talked to Darnielle about the Midwest, genre fiction and the political role of literature.

TIME: What was the origin of this novel?

Darnielle: If I hand in an album, and the album is mastered and it’s done, I start writing new stuff. So when Wolf in White Van [was done], I was waiting to hear from my editor, and in the mean time, I just started writing. I didn’t have a story. I think I had had a conversation with my wife about the way that people converse at family reunions in Iowa, how people trace where everybody wound up.

When I first started reading this book, I thought it was sci-fi, and it turned out to be more like horror. How do you approach the idea of genre?

I never really believed in the idea of genre, in part because I’ve always read a lot of old literature, medieval and post-medieval and Roman stuff. Back when the novel was fairly new, that it was a novel, that was its genre. The idea that it would be a science fiction novel or a historical novel, those are categories that are put on stuff later. If you read Tristram Shandy, well, it’s all kinds of novels: it’s a comedy, it’s a novel of manners, it’s a travel narrative, it’s a ton of things. [Universal Harvester is] just a novel with some scary stuff in it. To me, the scary parts are pretty scary. The scenes feel like they’re from horror. But at the end of the day I think it’s a novel about grief.

The characters in this book fit the demographic that people have talked about a lot since the election: white people in the middle of the country who are struggling to make ends meet. What do you think is misunderstood about this group?

This group, when you’re talking about Iowa, is a group that gets routinely caricatured every four years. Especially people who live on the coasts probably think Iowa’s a very conservative place. Which it isn’t. I think people have this assumption that if you’re not near the humming centers of arts culture, then you must be conservative. And that was one thing I sort of wanted to show, they’re people with the same basic humanistic concerns and possibly buried silos, as anyplace else. What happened to Iowa was family farms collapsed in the phases of giant acquisitions. When that happened, people were left without a way of living, so there wasn’t much to do besides go work for Walmart or not work at all. And these small towns that aren’t sustainable in a capitalist economy are left wondering how do they fit into the world.

What will be the role of literature in Trump’s America?

It’s early yet, right? Literature has a lot of roles. To heal and entertain is one, but also presumably to resist, but it depends on the writer. You can’t suddenly go, ‘Well now I’m going to write resistance books.’ A question in music interviews people always ask me is, ‘So when are you going to make a death metal album?’ And I think, ‘Wow, that would be so disrespectful to the musicians who give their lives to that craft.’ You can’t just jump into a genre and announce ‘I do this now.’

What’s next for the Mountain Goats?

We’re working on a bunch of new stuff that I hope to have out sometime this year. It’s super exciting, I’ve been doing some keyboard stuff and working with some of the musicians. Generally speaking, the sole constant of the Mountain Goats is one, I’m involved and two, I write the lyrics. But Peter [Hughes] and me have a song that people will hear before too long where I had Peter write the last verse, and it’s so—to go as long as I have without collaborating and then say ‘Here, you finish this one,’ it’s super good. So, really excited for people to hear that. 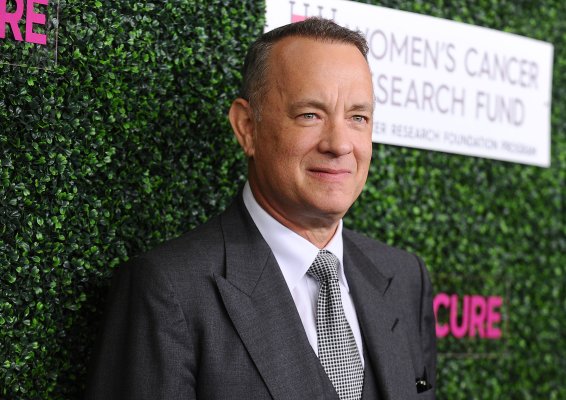 Tom Hanks Is Releasing a Short-Story Collection
Next Up: Editor's Pick