How Studying Data Helped Me Get Over My Divorce

When your marriage breaks apart, a long train of loved ones assure you that time will heal your grief. They are not wrong. But as a data journalist, I misunderstood them to mean the arc of that recovery would be linear.

In reality, I found, divorce is like penicillin: The bulk of the anguish passes through your system fairly quickly, but the dregs stick around much longer. Well after the heartbreak had abated, I was still afraid that I had missed my opportunity at a happy, lasting partnership.

I got married on an autumn Sunday, five months after I turned 30. Things abruptly fell apart a week after I turned 32. We finalized the divorce on a Thursday a year later, when I was 33.

I do not normally meter my past by my age. But when it comes to milestones like getting married, there will always be a clock assembled gear by gear from the pace at which we see our peers progressing. One day, on a whim, I did something I do every day at work, where I regularly analyze large datasets to learn how people change over time, but with a personal spin: I ran the numbers to see how people in the same circumstances turn out.

To get started, I downloaded four years of data from the U.S. Census Bureau’s annual survey of 1% of Americans, which is sampled to represent the entire country’s population. The survey asks a wide variety of questions, including how many times each respondent has been married (from zero to “three or more”), whether he or she is currently married, and his or her age at the time of the most recent nuptials. This gave me everything I needed to put myself in perspective.

After looking at how the age and duration of marriages varies across different demographics, I focused on college-educated men between ages 25 and 45 who live in or near an urban area, since education and metropolitan status are two factors that correlate significantly to one’s age of marriage. This turned up a huge pool of people to analyze.

The first thing I discovered is that 30 is just below the average age for a first marriage in this demographic, right around when half of the population has walked the aisle. This means plenty of people get married for the first time when they are older than I was, or even older than I am now.

In fact, across the board, people get married later than we might think, if we were to judge, say, by the number of save-the-dates we get in the mail. Women tend to get married just a year or two sooner. When you take everyone into account, regardless of education or locality, less than half the population has ever been married by age 29.

Next, I ran the numbers on how many people in my demographic get divorced. By age 33, that figure is close to 7%. I’m glad it’s not higher, but it’s useful to know I’m not a rare specimen.

That was a good start, but what I really needed to know was how likely people are to get remarried when they are divorced at a young age. This is slightly trickier to measure since the Census doesn’t track the same individuals from year to year.

Fortunately, it doesn’t need to. All I wanted was to peek ahead a few years and see what the picture looked like. So I pulled the numbers on how many people in my demographic were divorced (just once) or remarried (just on their second marriage overall), which is when I found the chart that put my heart at ease:

There are no sure bets in demographics, but these are numbers I can understand. The magenta line goes up as more people get divorced at each age, minus those who leave the ranks of singledom to get married again (the green line).

It’s not quite possible to distill these figures into an exact percentage chance that I’ll made it to round two, but it’s safe to say the odds are well north of 50%. With a little more effort, I could tease out these figures by whether those who get remarried have children from their first marriage—which I do not—or see whether things like income or occupation play a role.

I don’t feel the need to. Just seeing the big picture is enough to remind me that it is foolish to wind our social clocks by our personal sample size of one. Or by the highly skewed sample of what we see on Facebook, which some research suggests contributes to unhappiness for this very reason.

If you need a peer group for a benchmark, the nation as a whole offers a much more comforting one. I have spent years crunching numbers like these ones to learn more about who we are as a country. It wasn’t until recently that I realized they can also teach you something about yourself. 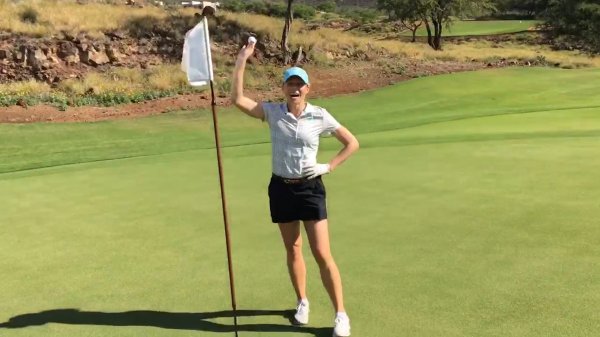 These Honeymooners Hitting a Hole-in-One Is the Happiest Video You'll See All Day
Next Up: Editor's Pick