Welcome back, Katy Perry. The blockbuster pop star finally released her new single, “Chained to the Rhythm,” a disco-inflected track that represents a new direction for a singer best known for bubblegum-bright pop tunes. While upbeat on the surface, “Chained to the Rhythm” reflects a dire world of repetition and ignorance, all of us trapped like hamsters on a wheel—more on that later—feeding on a false reality. “So comfortable we’re living in a bubble, bubble/ so comfortable we cannot see the trouble, trouble,” she repeats.

Perry seems to have found an outlet in her art for her increasing dedication to political activism. In recent months, she campaigned heartily for Hillary Clinton, produced a PSA about anti-immigrant policies in American history and participated in the Women’s March on Washington. The song, written with hitmakers Sia and Max Martin and featuring a verse by Bob Marley’s grandson Skip Marley, hides its social commentary in plain sight, just beneath its radio-friendly sound.

As for the lyric video? While quirky and cute at first glance, there’s a sinister undertone to the world of Mr. Parsons the Hamster. As a godlike human (the talented YouTube creator Walking with Giants) painstakingly prepares minuscule meals of a hamburger and pasta in a dollhouse-sized kitchen, Mr. Parsons remains glued to an armchair, watching another hamster on a TV go round and round on his own wheel. Presented with the gourmet cuisine, he quickly defers to base instincts, making a mess of the artfully presented dishes and munching serenely on crumbling cake.

“Yeah, we think we’re free/ Drink, this one is on me/ We’re all chained to the rhythm,” Perry sings, perhaps referring to the willful ignorance the entertainment-industrial complex often encourages. In contrast, her biggest statement last year was riding into the Super Bowl on a giant animatronic feline to deliver an upbeat rendition of “Eye of the Tiger.” Have we entered a new era of Katy Perry? Perhaps we’ll learn more at Sunday night’s Grammys, when she takes to the stage with a crowd of millions watching. 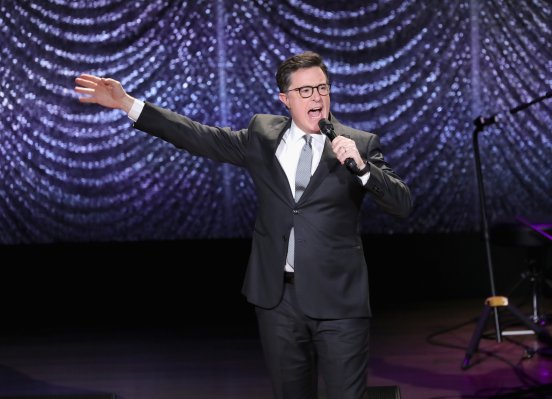