Read Churchill's Words About Life in Space (He Was a Believer)

We've got company: The PM believed we're not alone in the cosmos
(H. F. Davis; Getty Images)
By Jeffrey Kluger

When you’re bracing for war, facing down the Nazis and preparing to become the only fighting democracy on the continent of Europe, you’d think have more than enough to think about. But in 1939, British Prime Minister Winston Churchill had one other thing on his mind: extraterrestrials. According to a newly revealed essay that Sir Winston wrote on the brink of World War II, the polymath PM was not only sanguine about the possibility of life on other planets, but anticipated much of the modern science that justifies that optimism.

The essay, described in an article in the current issue of Nature, by astrophysicist and best-selling author Mario Livio, had been filed away for decades at the United States National Churchill Museum in Fulton, Missouri. Last year, Livio was visiting the museum when the director handed him the 11-page typescript — which was possibly written as a submission to the Sunday News of the World broadsheet — and suggested that it might interest him. It did indeed.

Churchill originally titled his essay “Are We Alone in Space?” but he changed that in a line-out to “Are We Alone in the Universe?” — an edit that better reflects the scale of the question. Whatever he called his work, Churchill made a compelling case that something is indeed likely to be stirring out there.

With no formal training in science, he begins his argument from the same basic premise that many modern astronomers do: given the trillions upon trillions of stars in the universe, both probability and simple chemistry make it unlikely that life arose on just one planet circling just one of those stars. “I am not sufficiently conceited to think that my sun is the only one with a family of planets,” he wrote.

That’s a common enough idea now, but it wasn’t until 56 years later, in 1995, that the very first exoplanet, 51 Pegasi b, was discovered. And it wasn’t until 2009 that the Kepler Space Telescope was launched and discovered nearly 5,000 confirmed or candidate planets in just a tiny patch of sky, leading astronomers to conclude that virtually every star in the Milky Way — and, by extension, in other galaxies — has at least one planet and often many more.

“Extrapolating data from the Kepler Space Observatory,” writes Livio, “suggests that the Milky Way probably contains more than a billion Earth-size planets in the habitable zones of stars that are the size of the Sun or smaller.”

That business of a habitable zone is something else Churchill got right. It’s perfectly fine to put a rocky planet like the Earth around a yellow star like the sun, but if it orbits too close to or far away from the solar fires, water—the universal solvent necessary for life as we know it—will either boil off or freeze solid. Accordingly, Churchill wrote that if life is to be found on another planet, it would have to be within a narrow temperature band “between a few degrees of frost and the boiling point of water.”

The planet would also have to be massive enough to exert sufficient gravity to hold onto any atmosphere it has, rather than frittering it way into space. That lack of gravitational muscle is one of the things that caused Mars, with just 39% of the gravity of Earth, to lose almost all of its atmosphere and thus, almost all of the water that once flowed and pooled on its surface. Living planets, Churchill wrote, would “have to be the right size to keep on their surface water and possibly an atmosphere of some sort.” All of this—a planet of the proper mass, temperature and chemistry—is precisely what modern astronomers are looking for in their hunt for a so-called mirror Earth.

Churchill was hopeful that a search for life could commence relatively soon, and foresaw travel to the moon “or even Venus or Mars” occurring “one day, possibly even in the not very distant future.” It was, history notes, only 30 years later that human beings would land on the moon. Journeying to other stars — never mind to other galaxies — Churchill conceded, would be vastly more difficult given the light-years distances that would have to be covered.

But if Churchill was known for his ebullience and optimism, he was also haunted by fits of depression, which he dubbed his “black dog.” That dog adds its particular bark to Churchill’s argument for life in space: “I, for one,” he wrote, “am not so immensely impressed by the success we are making of our civilization here that I am prepared to think that we are the only spot in this immense universe which contains living, thinking creatures, or that we are the highest type of mental and physical development which has ever appeared in the vast compass of space and time.”

The six blood-soaked years of war that came after Churchill wrote those words would do nothing to improve his or anybody else’s opinion of human nature. Nearly 80 years later, we are still a warring species and still await the discovery of other lives and minds somewhere in the cosmos. May we acquit ourselves well if we ever discover them. 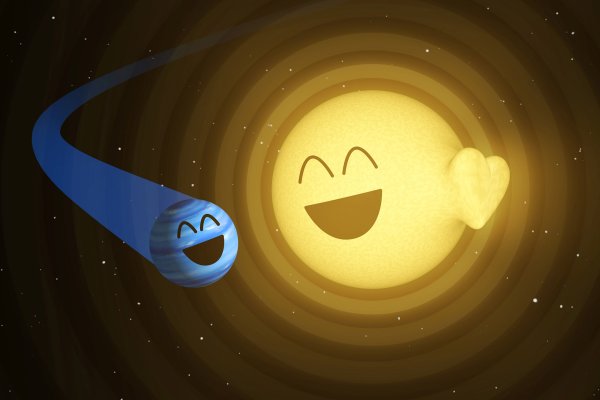