We Spoke to Easy D, a French Musician Who's as Confused by Trump's Tweet as You Are

The Twitter Inc. accounts of U.S. President Donald Trump, @POTUS and @realDoanldTrump, are seen on an Apple Inc. iPhone arranged for a photograph in Washington, D.C., U.S., on Jan. 27, 2017.
Andrew Harrer/Bloomberg via Getty Images
By Kate Samuelson

It’s not unusual for President Donald Trump‘s social media presence to spark outrage and confusion – but a recent tweet of his left even more of his 24.4 million followers scratching their heads than usual.

“Big increase in traffic into our country from certain areas, while our people are far more vulnerable, as we wait for what should be EASY D!” he wrote, at 12.41am Washington time Wednesday.

The content of the President’s tweet is pretty straightforward; he was defending his executive order which banned entry to the U.S. from citizens from seven countries. However, the use of the phrase ‘Easy D’ – a non-colloquial term – was far less clear. There were many speculations over the meaning of the ‘D’, which likely stood for ‘decision.’

But likely no one was more confused than Easy D, a 36-year-old French musician based in east London, who was baffled when his social media mentions blew up Wednesday. “I felt like I was in the middle of something,” Easy D – whose real name is Idriss Belatreche – told TIME in a telephone interview. “Although I didn’t gain as many extra followers as I’d have liked!”.

The meaning of his own Easy D is easy to explain. “My friends call me Driss, short for Idriss” he explained. “And the ‘Easy’ bit was introduced because of my love of hip hop and West Coast rappers like G-Eazy. It’s a bit of a cheesy name.”

As a Muslim with Algerian roots, Belatreche is less than thrilled to be associated with Trump. “He needs to try to understand that real Muslims don’t do terrorism,” he said. “To me, Islam is not that at all – these terrorists are just acting on politics but pretending it’s religion. By having these policies against Muslims, Trump is making things worse and increasing the anger between communities. He is acting like a Texas man pulling out guns when something goes wrong instead of thinking and seeing things from another point of view.”

Belatreche, who also works as a caterer, describes his music as funky, groovy and electronic, in a French touch style. He is currently working to finish his EP, with a working title of New Romance. 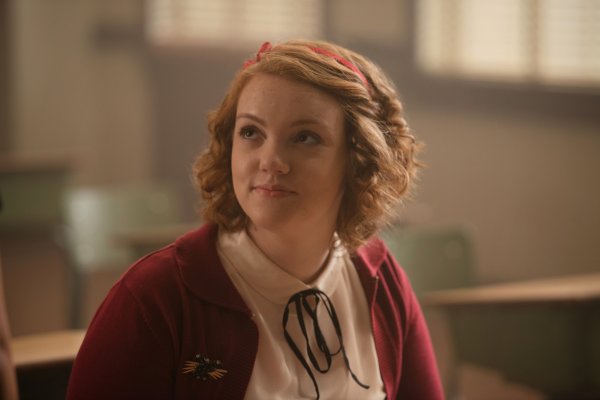 Barb Is Back From the Upside Down, At Least on the Show Riverdale
Next Up: Editor's Pick