Mississippi Gov. Phil Bryant visiting Orlando, Aug. 2013. Bryant is a proponent of the bill but has not yet signed it into law.
Jim Stem—Bloomberg/Getty Images
By Sam Frizell

Mississippi lawmakers passed a controversial religious freedom bill Tuesday that would allow state residents to sue over laws they claim impinge on their religious freedoms, as well as add the words “In God We Trust” to the state flag.

State action “shall not burden a person’s right to exercise of religion,” said the text of the law. The law clarifies “burden” to mean any action that “directly or indirectly constrains, inhibits, curtails or denies the exercise of religion by any person.”

Opponents of the measure have argued the law could be used to discriminate against gays and lesbians, the Washington Post reports, much like a measure that passed Arizona’s legislature earlier this year but was vetoed by Republican Governor Jan Brewer.

The bill was passed by wide margins in both the Mississippi House and Senate, which are both controlled by Republicans.

The measure also adds the words “In God We Trust” to the state flag, a measure supported by Republican Governor Phil Bryant, who is also a proponent of the bill but has not yet signed it into law.

The American Civil Liberties Union opposes the bill, though some language that civil rights groups objected to was stripped from the final version. 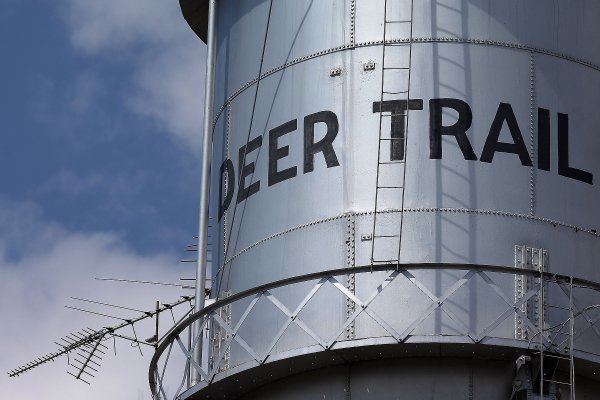 Welcome to Deer Trail! Please Don’t Shoot the Drones
Next Up: Editor's Pick