The Office of Government Ethics said Thursday that it has received a flood of messages from citizens concerned about “recent events,” purportedly referring to comments by President Donald Trump’s White House counselor Kellyanne Conway, who urged consumers to buy Ivanka Trump’s products.

“OGE’s website, phone system and email system are receiving an extraordinary volume of contacts from citizens about recent events,” the office tweeted Thursday, kicking off a five-part tweet storm about ethical violations.

The department then added that it is not responsible for investigating or enforcing ethics violations, but rather works to prevent them. When the ethics office learns of possible violations, it will contact the appropriate agency and provide guidance on the issue.

Conway’s comments, which she made during an appearance on “Fox & Friends” on Thursday morning, came in response to Nordstrom saying it was dropping the first daughter’s fashion brand after weak sales.

Since then, a slew of critics have condemned Conway’s comments, and legal experts said she might have violated a federal ethics rule that prohibits officials from using their position to promote a product. Rep. Jason Chaffetz, a Republican who chairs the House Oversight Committee, said Conway’s sales pitch was “clearly over the line” and “unacceptable,” according to the Associated Press.

Rep. Elijah Cummings, the top Democrat on the House Oversight Committee, also said Thursday that Chaffetz would join him in sending a letter requesting an ethics review of Conway’s actions, according to The Hill. 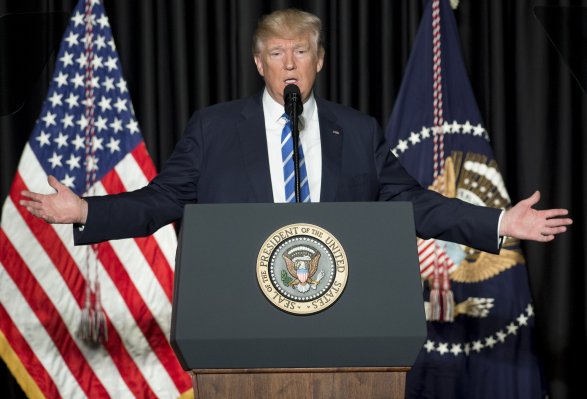 Trump Says He Would Be Open to Immigration Reform
Next Up: Editor's Pick