Arizona Mother Deported to Mexico After Living in U.S. For 21 Years

Guadalupe Garcia de Rayos is locked in a van that is stopped in the street by protesters outside the Immigration and Customs Enforcement facility in Phoenix on Feb. 8, 2017. Apparently fearing her deportation, activists blocked the gates surrounding the office near central Phoenix in what the Arizona Republic says was an effort to block several vans and a bus inside from leaving.
Rob Schumacher—The Arizona Republic/AP
By Katie Reilly

Guadalupe García de Rayos — who inspired protests in Phoenix, Arizona, when she was detained Wednesday during a routine check-in with Immigration and Customs Enforcement (ICE) — was deported to Mexico on Thursday morning.

García de Rayos, a 35-year-old mother of two, came to the United States illegally when she was 14 years old. She has been required to regularly check in with ICE officials since 2008, when she was caught using a fake Social Security Number to gain employment.

Her attorney, Ray A. Ybarra Maldonado, said he was informed of her deportation Thursday by the Mexican consulate but had few further details. Maldonado had filed a stay of deportation on Wednesday to keep her in the country, but he said ICE officials never responded to it, though they told him they would take it into consideration.

“She just has all the equities that would necessitate finding humanitarian reasons to grant her a stay in this country,” Maldonado said in a press call on Thursday.

Maldonado and other advocates attributed the deportation to President Donald Trump’s new immigration order, which prioritizes the deportation of undocumented immigrants who have been charged with a crime.

“We knew that there’s a new President, we knew that there were new priorities set forth,” said Carlos Garcia, executive director of the immigrant rights group Puente Arizona. “The family knew that this was a possibility.” 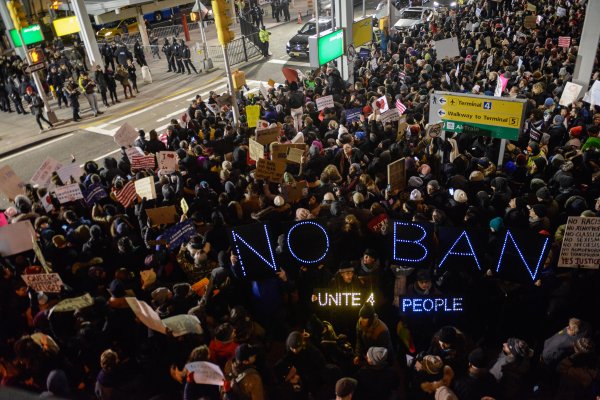